Argentina’s Iguazú national park is visited by more than a million people every year, most staying for just a day before moving on. But you should stay a bit longer to discover its and jungle and the amazing waterfalls, which lure with the untamed power of nature. Yes, the waterfalls from the Iguazú National Park in Brazil and Argentina are one of the most spectacular and powerful experience. 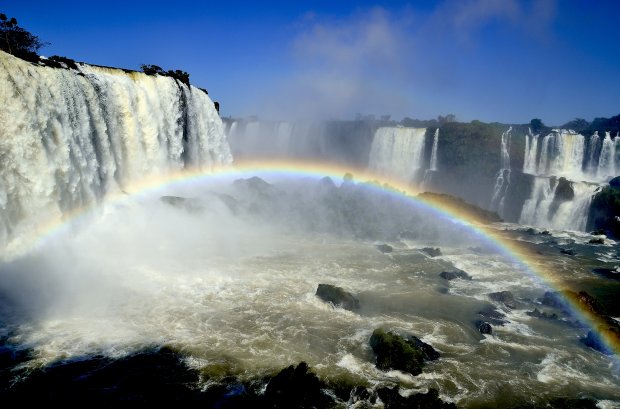 The Iguazú National Park has 20 large and 250 small waterfalls situated on a basaltic line spanning the border between Argentina and Brazil. The semicircular waterfall at the heart of this site is some 80 m high and 2,700 m in diameter. As shown in the first picture, breathtaking rainbows are of course included.

The first inhabitants in the area were the Caingangues Indians. This tribe was dislodged by the Tupi-Guaranies who coined the name Iguazú (Big Water). The first European to reach the falls was the Spaniard Don Alvar Nuñes Cabeza de Vaca in 1541 and some 10 years later Spanish and Portuguese colonization commenced. 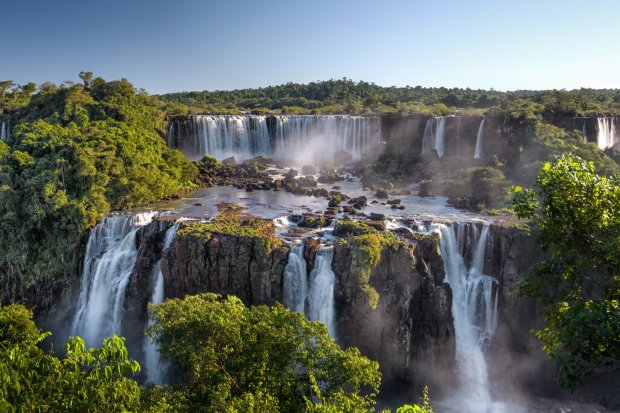 The panoramic views of the Iguazú National Park shows the impressive size of terraced waterfalls. Made up of many cascades producing vast sprays of water, it is one of the most spectacular waterfalls in the world. 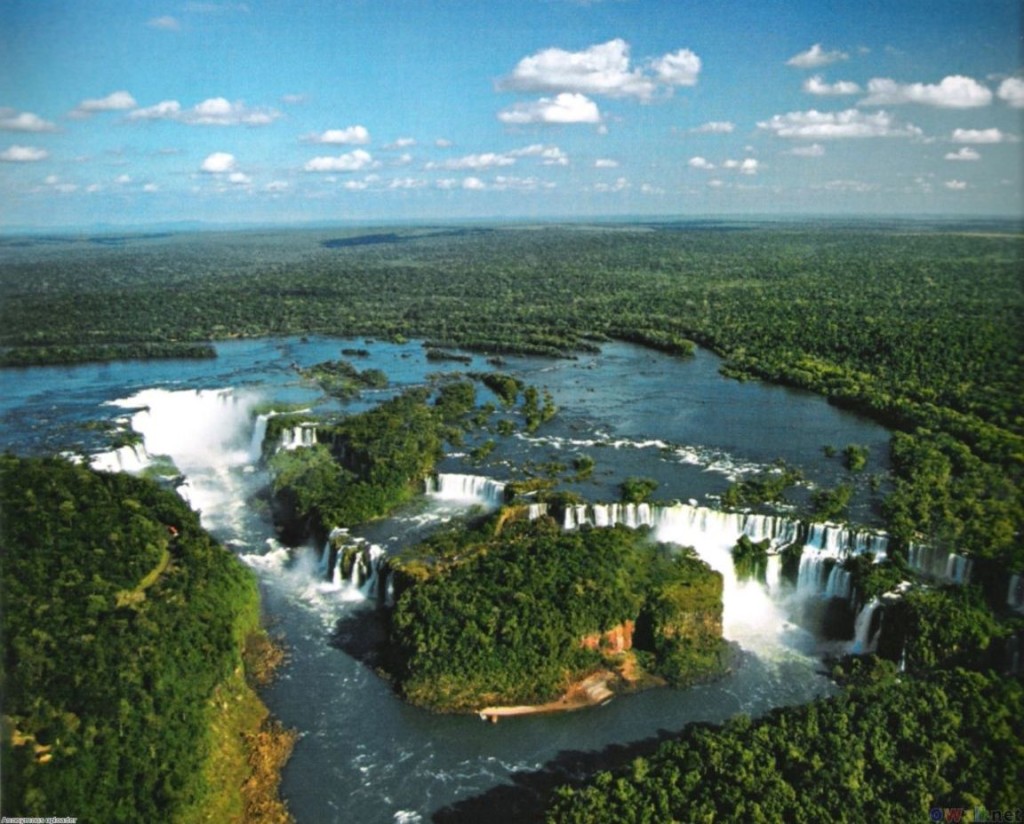 The surrounding subtropical rainforest has over 2,000 species of vascular plants and is home to the typical wildlife of the region. On November 17, 1986, during the UNESCO conference held in Paris, the Iguaçú National Park was listed as Natural Heritage of Humanity and is one of the largest forest preservation areas in South America.