Why did the moon turn red in Utah?

Is this a sign of the upcoming apocalypse? Or is it simply another amazing natural phenomenon?

Back in August 2013, the moon turned blood red over Utah! And there was no lunar eclipse! Crazy, no? So what’s the most probable source of this color? 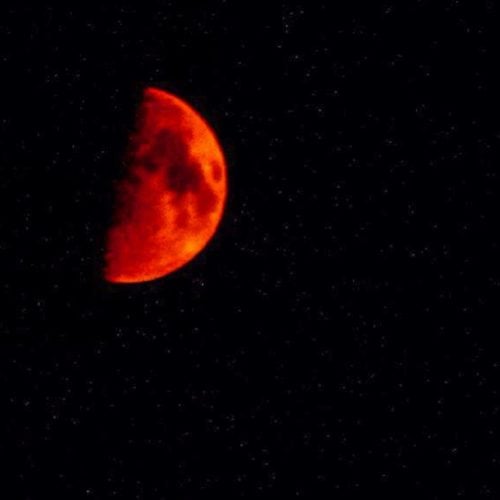 Well, there may be different explanations for the red color of the Utah’s moon:

Well it seems, the Moon’s red color is not coming from space!

So, is there a phenomenon on Earth that could give such an intense blood red color to the moon?

Yes! As shown in the video below, there are huge wildfires raging in Utah.

And I do believe that this blood red moon over Utah is related to them since they produce ton of haze in the sky. It looks red because of smoke from wildfires in the area. Bush fires are also coloring the sun:

Here you can see a photo gallery showing that the Utah’s Sky is filled up with wildfire smoke.