A group of scientists say they’ve found an underwater volcano bigger than the size of New Mexico. Just imagine the catastrophic eruption it could suddenly trigger! 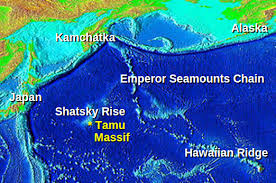 This submarine volcano is called Tamu Massif. As you have probably already look for it, this new geological feature covers an area of about 120,000 square miles. This makes it the largest in the solar system! Just a-ma-zing! 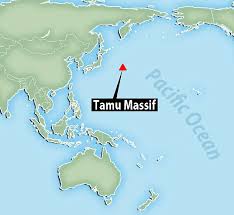 As shown on the map, the volcano is situated approximately 1,000 miles east of Japan. Its shape is different from any other sub-marine volcano found on Earth, and it’s very possible it can give us some clues about how massive volcanoes can form. According to scientists, a group of Houston, Tamu Massif is about 145 million years old, and became inactive within a few million years after it was formed.

The following video gives you an overview of what a underwater volcano looks like. It is called Fukutoku-Okanoba. The eruption caused smoke to reach 100 metres in the air and turned the surrounding sea a yellow-green colour. The volcano has erupted seven times since 1904, three of the eruptions generated islands which all eventually succumbed to the sea.

Well I prefer not to be around when the Tamu will decide to erupt suddenly!