Viewers surround the carcass of a dead fin whale on the beach of s Gravenzande, The Netherlands, on September 16, 2013. The six metre long whale was already dead when it stranded and was found on 15 September. You will find photos here.

Mysterious deaths of at least 5 large whale specimens baffle scientists and government officials in Ghana. Since Friday, five dead whales have been found stranded on beaches along the coast of Ghana. Oil production and its pollution is probably responsible for the whales’ deaths (SOURCE)

A juvenile Sei whale strands on an Irish beach, but causes for his death are unknown. 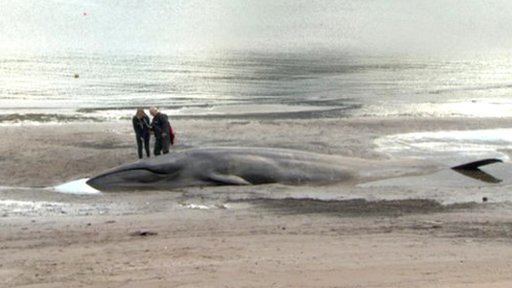 This is a deep open ocean species, so I suspect the young one has become separated from the mother somehow and has made its way into shallow water. “It was clearly completely disorientated – some of the locals were describing to me that it was swimming round and round in tight circles. (SOURCE)

This is quite a few, especially considering that six of these whales were washed ashore within a coastal area of 120 kilometers. They were possibly wounded by hunters or attacked by killer whales. We also shouldn’t rule out the possibility of a disease. In any case, reasons for this incident should be investigated. (SOURCE)

Are they related to dynamite fishing ? Well authorithies are trying to figure it out (SOURCE)

One of the world’s rarest dolphins has washed up dead on the North Island’s western coast. A fisherman came across what’s thought to be the Maui’s dolphin on a beach 15km south of Dargaville yesterday. Conservation Minister Dr Nick Smith says he’s saddened at the news, given the species is critically endangered, with an estimated population of just 55 adults. (SOURCE)

Other relevant mass die-offs across the world:

Hundreds of thousands of bees die mysteriously near Ningbo in China

As if they had enough! They will probably hire more human pollinators. The reason for this sudden mass die-off is unknown. (SOURCE)

Strange crabs stranding on Zandvoort beaches near Amsterdam in Holland 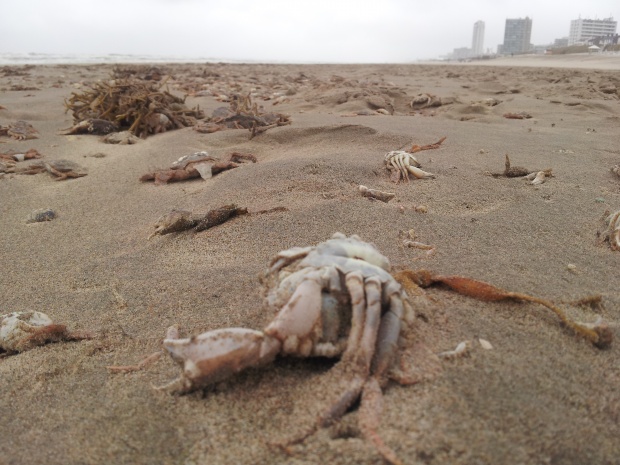 According to the maritime research institute Imaris this strange phenomenon has never happened in Holland and its cause is unknown. (SOURCE)

But Why Are So Many Whales and Dolphins Dying Mysteriously All Over The World These Days? I must confess, I have no ideas. My best bets are: sonars, military excercises, new bacteria and deseases and of course man-made pollution. And you, what is your opinion?