On August 2 2013, a young boy found a mummy while playing in the attic of his grandmother in Diepholz, Germany.  What seem to be an anecdotic find (recent sarcophagus and bandages) is turning into an amazing discovery: the mummy is apparently 2,000 years old! 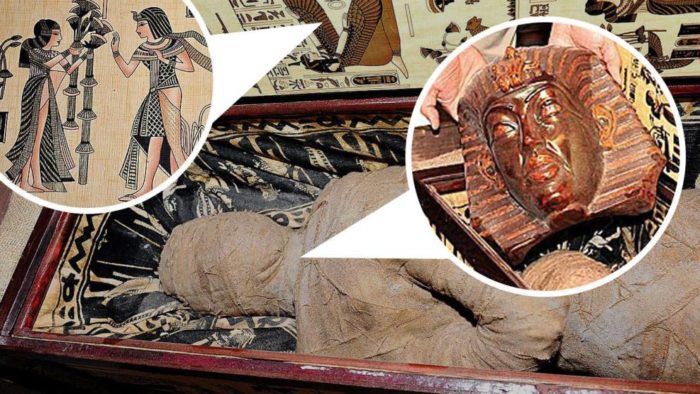 More mystery: Nobody knows exactly when the sarcophagus was stored in the attic and how it came there. At least it was well hidden and may be lying there for several decades already. What we know is that the grandfather made a trip to North Africa in the fifties. Did he bring it back?

This is a hybrid creature!

From a no big deal case, it is now of national and even international importance to clarify when and how the person found in the sarcophagus was killed. Is this a pharaon?

Europe’s most famous Egyptologist Erich von Däniken is pretty sure of what the mummy is about: It’s a creature consisting of human and animal! A kind of hybrid creature! Well it could be true: the tomography pictures show that the head is not attached to the body and that the spine is missing! 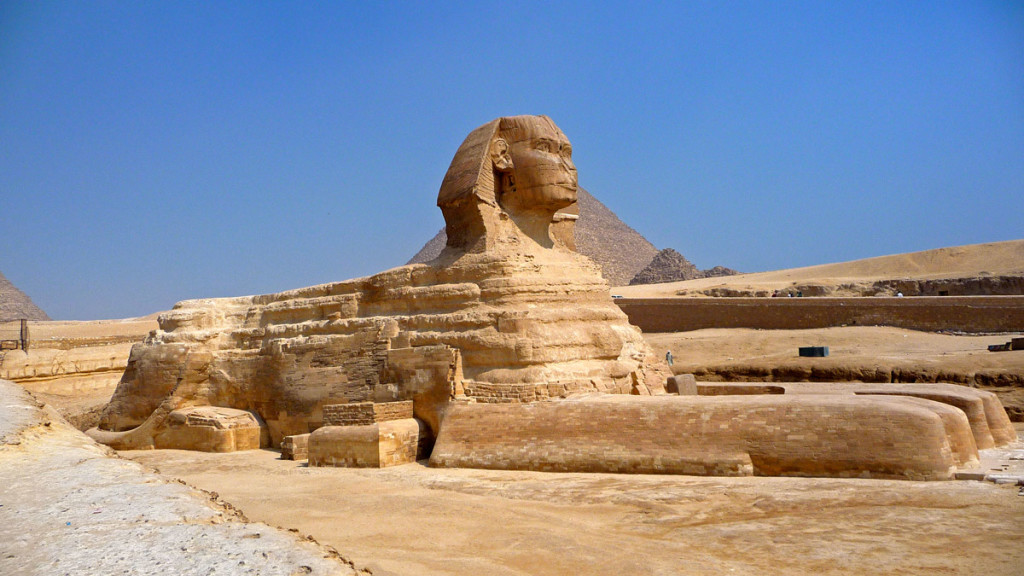 The most famous Egyptian hybrid creature is the Sphinx: a lion’s body with a human head. Here a movie in german about this discovery:

And, of course, Von Däniken has also a suspicion about which mythological character the mummy is: It’s a young boy with a demon face, which was held with a chain around his neck and died early. 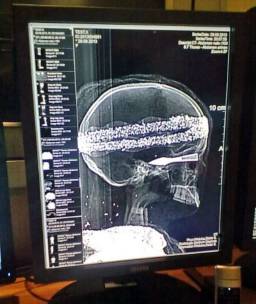 Mummy head scan: The head of the mummy is wrapped in a headband and has an arrow in a eye socket

We will learn more about what is really hidden is this sarcophagus in about six weeks! (SOURCE)