Near Apache Junction, Arizona there is a place called the Supersition Mountains where legends and superstitions come alive to tell their ghostly tales. 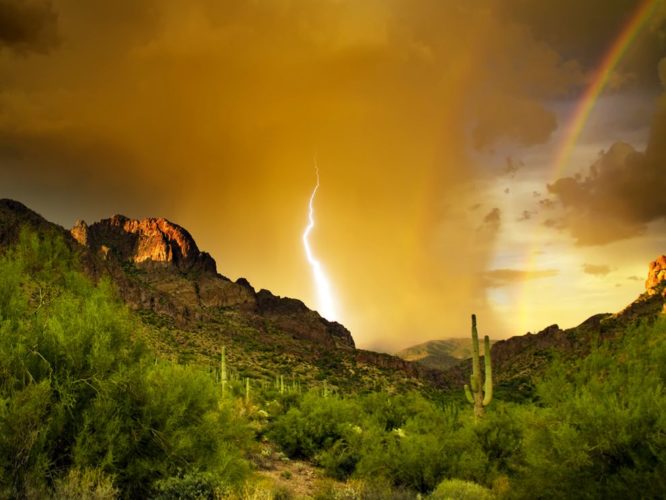 In the 1800’s, a german goldhunter named Jacob Waitz discovered a huge goldmine within the mountains that has since been named the Lost Dutchman’s Gold Mine (German <- > The Netherlands; let say it is close enough!). Legend say that just before dying, he told  a single person the secret location. Well, the mine has never been found despite many expeditions. Some superstitious believe the mountains are haunted by the spirits of the miners who died in search of the goldmine.

American indians, known to be supersticious and close to ‘Mother Nature’, believed that “Tuar-Tums” or “Little People” lived in hidden tunnels and caves throughout and below the mountain range to guard the mountain secret and treasures from strangers who dared to venture too far. Some Apaches believed that the entrance to hell is located in the mountains. 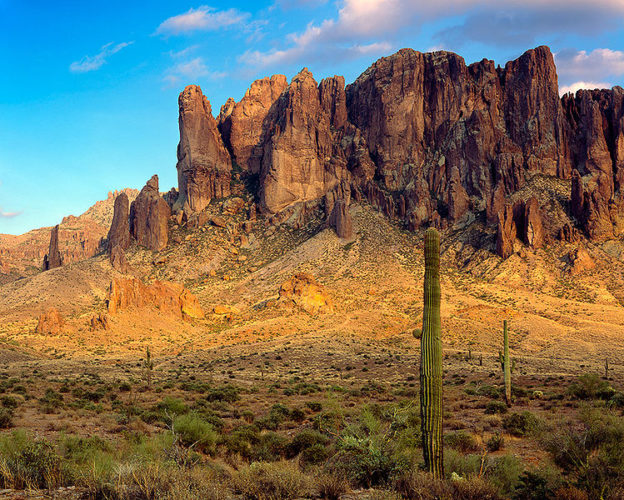 Now-a-day, some people have claimed to be shot at while walking in the park. Is it the ghost of the old “Lost Dutchman Gold Mine” hidden somewhere amongst its range? Or a crazy gold rusher trying to detour others off with his bullets? 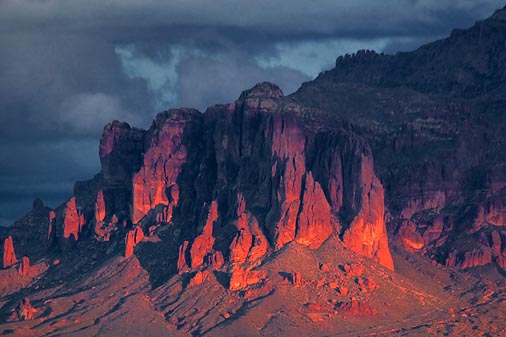 To visit the Superstition mountains go east from Phoenix, to the town of Apache Junction, Arizona. From there you can get your bearings and see the mountain range. Don’t forget to visit “Goldfield Ghost Town” while in the area, to take a big step back in time to the days of the “Wild West” and the miners that lived there!