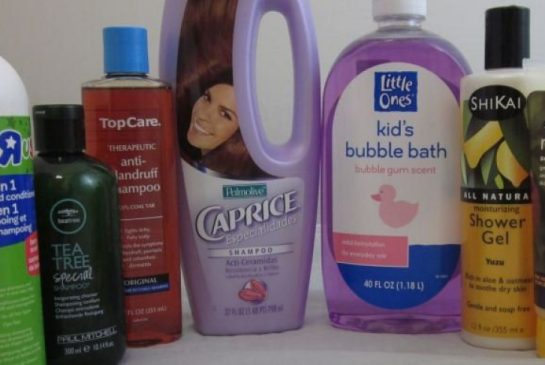 Well it’s not good news! We are beeing sold a cancer-causing chemical in dozens of personal care products that lack a warning label required in California. The compound, a chemically modified form of coconut oil—cocamide diethanolamine (cocamide DEA)—is used as a foaming agent or thickener in soaps, shampoos, conditioners, and similar products as revealed by an environmental watchdog group.

The chemical is called cocamide DEA and was after June 2013 from online and local California retailers, such as Trader Joe’s, Walmart, Kohl’s, and Babies R Us.

In response to the laboratory results, the CEH filed a lawsuit on Tuesday against four companies—Walgreens, Lake Consumer Products, Ultimark Products, and Todd Christopher International demanding that these companies reformulate their products, without cocamide DEA since there are many similar shampoos and soaps on the market made without the chemical, so it is obviously possible to make the products safer. (SOURCE)

Hope this will change rapidly!

Expect rising inflation to stick around for at least another year! Increased costs in FARMING make its way down the food chain, impacting consumers

It’s time to take out your money from the bank! Vaccine mandates ban the unvaxxed from visiting banks in multiple countries – Next is...

Remember when never-ending boosters were a conspiracy? Pfizer CEO is saying their 4th booster will be ready in a few months – Growing resistance

Everything is backwards! These truths are self-evident! And it’s all by design!!