This is a kicker structure! And nobody knows what made it!

This incredible structure, which measures less than 2 cm across, features a central spire surrounded by a barbed wire fence, which is reinforced by horizontal rails and strung together by a series of radially oriented guy wires. It’s almost certainly a defense mechanism against ants or other predators for whatever is incubating inside. What an amazing evolutionary feat! 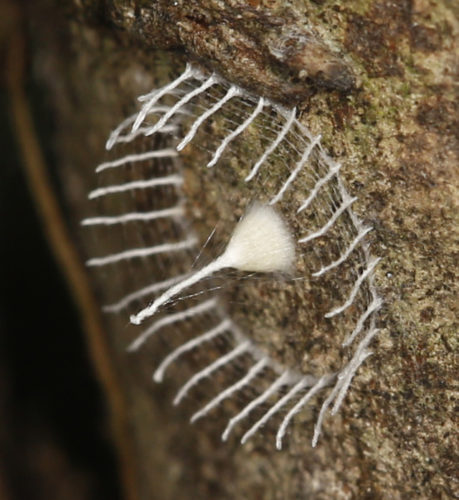 This mysterious and miniature maypole was spotted by Troy Alexander in the Southern Peruvian Amazon. To exactly determine its origin, he posted a photo to /r/whatsthisbug, a subreddit devoted to identifying insects and their handiwork. All experts are concordant: They have never seen such an amazing structure! 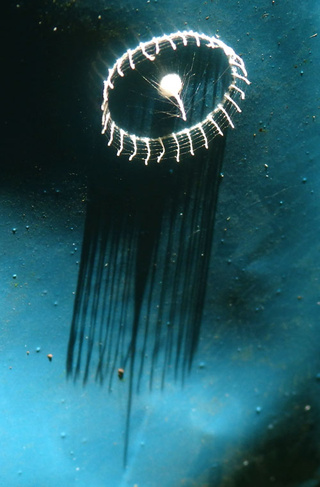 Several commenters at Why Evolution Is True believe it is either the egg sac of a mystery spider or a very elaborate moth cocoon. Some moths have been known to erect Stonehenge-like fences around their cocoons. Moth cocoons are spun by the caterpillar that is cooking inside, and I just can’t see a way that this silk was spun by the resident. It’s just too elaborate. More likely that a spider built her babies this safe little home and then sailed away. 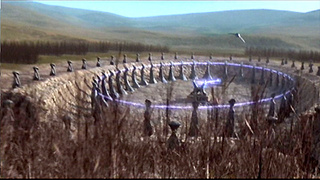 Or it is just a way for insects to look for signs of life on other trees! 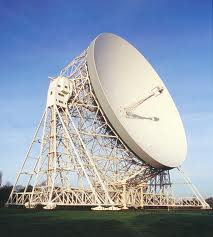 Any other ideas? I love you evolution!