The mystery behind a series of strange, knobby lava pillars that formed in Iceland has been solved. Local legend says that trolls had fought a war in the valley, tossing these rocks in the process. What do scientists say?

These strange pillars, which look like trees without branches, were discovered in Iceland in 1998. Some of the tallest are 8 feet (2.4 meters) high, and up to 3.3 feet (1 m) wide. How dis these geological oddities form?

How did these strange rock pillars formed?

These pillars are the first ever documented on Earth. But these weird geological formations look like features found in the deep ocean, where the continental plates are peeling apart and lava seeps out of the ocean floor. Underwater, the hot water rises up through this pillow lava and cools the nearby lava into rock, and as lava levels rise, spires grow, and remain even after lava flows have ebbed.

As described in the Journal of Volcanology and Geothermal Research, scientists conclude that the hollow, rough pillars that dot the Skaelinger Valley in Iceland formed just like underwater lava pillars during the Laki Eruption of 1783, when a volcanic fissure in southern Iceland oozed lava for eight months. That eruption was so big that it killed at least 50 percent of the island’s livestock and a quarter of its population. 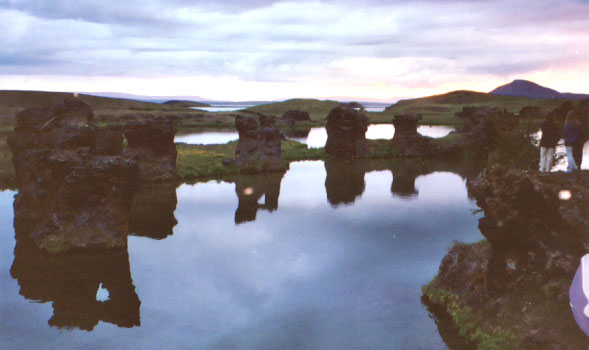 The surprise is that these towers could form at all on land. Until now, researchers thought that whenever water and lava met on land, either explosive steam or pillow-shaped lava formed. So, these findings may force geologists to rethink how lava and water interact on land.

Are these pillars also present on other planets of our solar system?

It’s also possible that lava pillars may occur elsewhere on Earth. These spires, born in past eruptions, can also provide insight into the historical climate. It would indeed tell scientists that when that lava was in place, that the area was wet.

Another amazing geological oddity is the new Island that emerged in the Arabian Sea After Pakistan’s 7.7 Quake.