Giant growing sinkholes open up around the Philippines following the massive 7.2 earthquake on October 15, 2013. The apocalyptic situation is shown in the videos below.

Some are reported to be large enough to hold 5 dump trucks. Others grow in size.

They are now more than 100 spread in nine towns and one city in Bohol so far. The yellow water being found at some sites could be phosphate. You probably also remember that this earthquake was triggered by a, at this time unknown fault system. 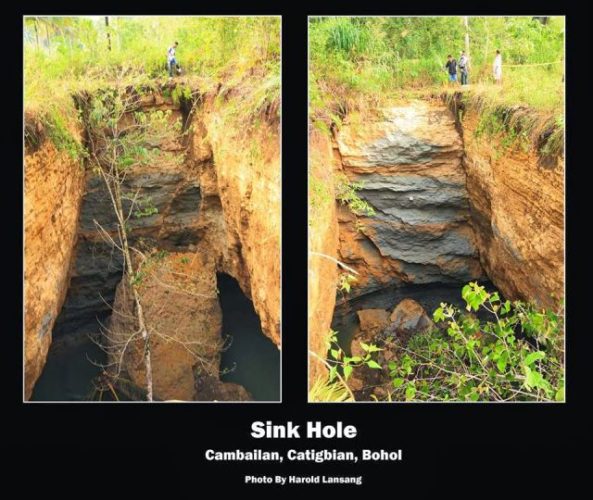 There are probably still more to be found.