Did you see these two meteors explode over Boavista (Brazil) and Longlac (Ontario, Canada)?

This isn’t unusual. We are currently in an active transition phase between the Draconid (peak 8-9 october 2014) and the Orionid (peak: 20-21 october 2014) meteor shower. 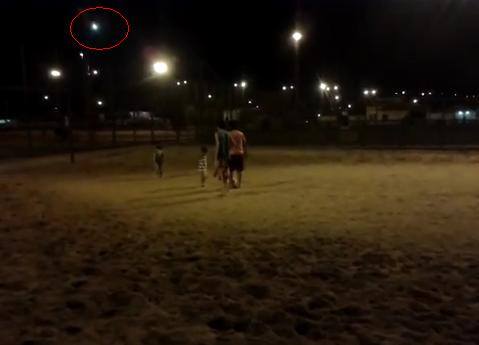 Ellen Lima observed this meteor disintegration in the sky of Boa Vista (Roraima, Brazil) on October 11, 2014 at approximately 8: 30pm. Look at the pretty cool shot:

A second meteor was caught by a private sky camera on October 12, 2014 at around 3:40am near Longlac in Ontario Canada. The meteor ended in a moon-size explosion! WOW!

Did you hear any loud booms, which could be linked to these events?