Vampires in Poland were killed by CHOLERA.

Suspected vampire skeletons found in a cemetery in Poland are thought to have been the first to die from disease outbreaks. 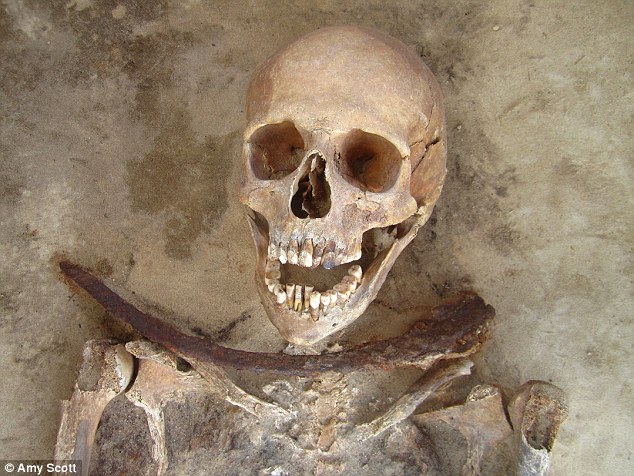 As far back as the 11th century, a disturbing myth took hold across Eastern Europe: some people who died would claw their way out of the grave as blood-sucking monsters that terrorized the living.

Evidence of anti-vampire rituals — sickles across their necks and stones under their chins — is widespread in the region.

Do you know the US zombie apocalypse emergency plan?

But an important question remains: How did the living decide who was at risk of becoming a vampire?

One popular hypothesis among scholars is that strangers, new to town, might have been targeted as vampires. But determining which long-buried corpses belonged to locals and which to foreigners is no easy task.

So scientists decided to dig for unusual skeletons in vampire graves from a cemetery in northwestern Poland. Among hundreds of ‘normal bodies, they found six mysterious bodies with sickles placed across their neck or body or large rocks stacked under their chin.

Scientists carried out radiogenic tests on the teeth of 60 skeletons (including the six vampires) in an attempt to understand why they had been been buried in this way.

All six of the vampires were likely from the area. In other words, these weren’t creepy strangers who had wandered into town; these were loved ones and neighbors. 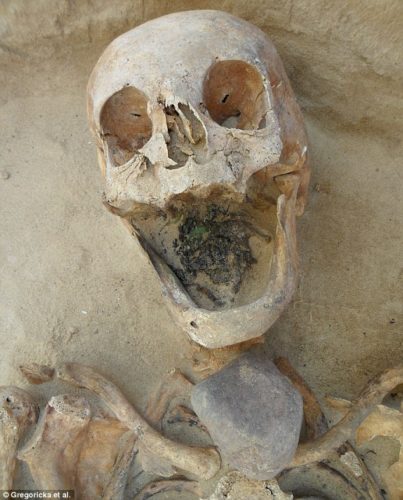 What could have caused a parent to suspect a daughter of becoming a vampire or a wife to worry that her husband’s body might return from the grave?

The authors do have one guess: it could be that those labeled vampires were the first victims of cholera epidemics — a common problem at the time those six persons died between the 17th and 18th century.

People of the post-medieval period did not understand how disease was spread, and rather than a scientific explanation for these epidemics, cholera and the deaths that resulted from it were explained by the supernatural – in this case, vampires.

What about the strange and mysterious mummies of Venzone in Italy?