Going for a swim might sound like the perfect idea to cool down during this arid weekend along the Gold Coast.

But a blue jellyfish invasion could make a dip in the surf a pain.

A giant swarm of blue jellyfish has invaded Queensland’s Gold Coast since weeks. And now, they are approaching the coast and were spotted yesterday morning off Narrowneck, Australia.

According photographer and lifesaver Grahame Long who captured the phtos and video, the blue mass extended 50 metres in circumferences. This is the thickest swarm of jellyfish ever seen by the photographer.

Reports of the jellyfish have been flooding in since Christmas. Now the mass has since dispersed and a trail now extends from Surfers Paradise to the Gold Coast Seaway. 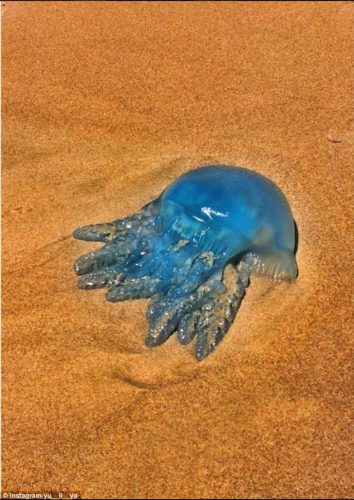 Jellyfish blew into the Coast across Christmas because of strong north-easterly winds and have since strayed across our shores, bothering swimmers and surfers who are frequently getting stung. 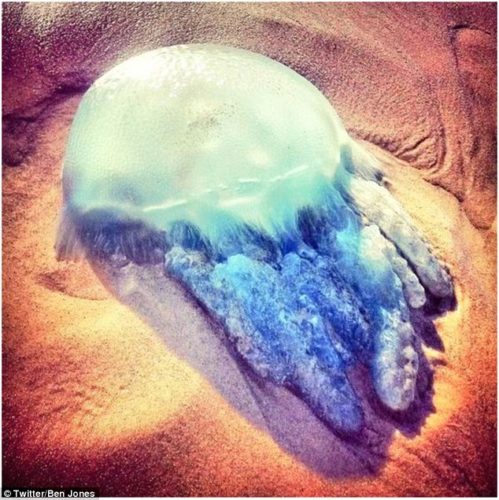 The invasion could prove troublesome this weekend with the stingers making it hard to escape the heat with an ocean swim.

So if you still decide to have a swim in the Gold Coast’s infested waters this week-end, warm water and ice are the recommended treatment for jellyfish stings. NO VINEGAR, URINE OR BOILING WATER!

Do you remember these jellyfish invasions! Apocalyptic!