The unexplained bangs that have started increasing in the US at the beginning of 2015 won’t stop!

They are now reported daily on newspapers and on this blog. Here a compilation of the most recent bangs’ reports. 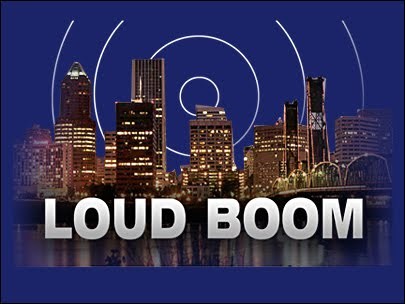 There is a rise in loud boom reports since beginning of 2015. Although some may be explained by climate conditions (‘frost quakes’) most of them remain unexplained… AND THAT SCARES! Hopefully, we will find the source of the following bangs:

Three friends were out camping in a remote area of Death Valley National Park and seeking isolation. Then this F-18 fighter jet started making multiple (very) low passes (around 500 ft) over them:

January 18, 2015: Loud booms being heard all over Huber Heights, Ohio again tonight. Seems to be happening almost every day now.Just at different times. Being heard in a large area… Could this be related to fracking operations?

January 16, 2015: Loud booms heard by many tonight in Morris Co NJ in multiple towns nearby. What are they? Shook the floor in our house. Either frost quakes or something happening at the near airport?

January 15, 2015: The mysterious boom that preceded Obama’s visit in Cedar Falls, Iowa is still unexplained but it it is most probably related to ice quakes or a firework from a happy citizen!

January 13, 2015: Several Kennesaw residents were disturbed by loud, booming noises of an unknown origin on Sunday night between 6 and 9:30 p.m. Booms were described as sounding like fireworks going off simultaneously or an exploding transformer.

January 13, 2015: Scientists Baffled By What Is Causing Mysterious Booms Being Reported Across the Country. They think all of them are most probably linked to ice quakes:

January 12, 2015: What was this mystery noise heard in Liverpool, UK? The cause of the big bang was a gas canister exploding in a scrapyard in Bootle, with the sound exaggerated by the strong wind.

January 12, 2015: There was a huge boom, like a tanker car exploding or something, shooking houses, windows and floors in CEDAR FALLS, Iowa.

January 11, 2015: So, what was the source of the loud boom that almost everyone heard but no one saw around Lubbock, Texas? The answer seems to be unknown.

January 11, 2015: I live in Florissant Missouri and heard it tonight and it instantly stopped about after 2 minutes. I felt it rumbling in my chest, it was a sound I never heard before! It reminds me of a scary movie being in a tunnel with wind in it. ???

Watch this electrical transformer exploding into a giant fireball:

January 9, 2015: It’s been happening here in lehigh acres florida for three days now. I can feel the house vibrating. Some are louder than others my kids get scared every time they hear it. Been doing research and can’t find any info online. Army jets going sonic?

January 9, 2015: Its 2:41 am and This boom sound is now being heard here in Oklahoma and has been going for an hour now

January 8, 2015: Some residents in Ottumwa have been hearing some interesting noises in the past couple of weeks. They sound as if a bomb went off and shook houses. It’s something that has never happened before. Frackquakes?

January 5, 2015: What was that noise? People from Warsaw and even into Central Indiana to Nappanee, South Bend and as far north as Muskegon reported feeling and hearing it. Some even said they saw a flash of light in the sky. Well, most probably a meteor disintegrating, no?

Please submit your booming reports in the comments below!