A whale watching trip turned into a watery nightmare on Oahu’s North Shore.

A giant wave engulfed a 40-foot catamaran and its 19 passengers and 2 crew members, who had to be rescued on jet skis.

The wave toppled over the catamaran about a mile off shore at Haleiwa Harbor. Five people ended up in the ocean including a woman who was five months pregnant.

The captain was able to get everybody back on the boat and out of the channel safely.

Some of the passengers wondered if it was even a good idea to go out when the waves were so big and dangerous. But everybody agreed to go! 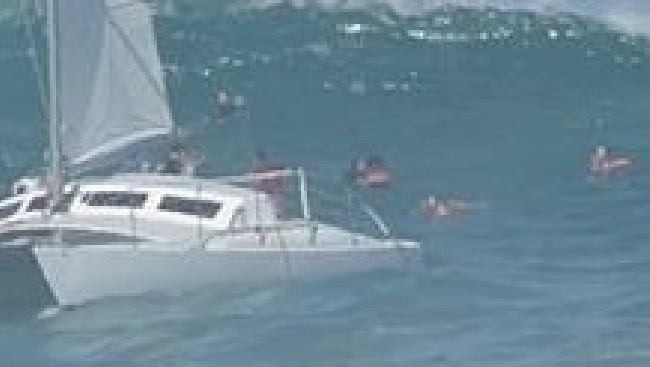 It’s actually really unexpected that such a monster wave breaks right in the harbor entrance at Haleiwa.

You probably remember this giant wave that hit Durban, don’t you?