While exploring the shores around St. Joseph, Michigan, photographer Joshua Nowicki stumbled onto a bizarre phenomenon.

And these small sand towers rising out of the beach are out of this world! 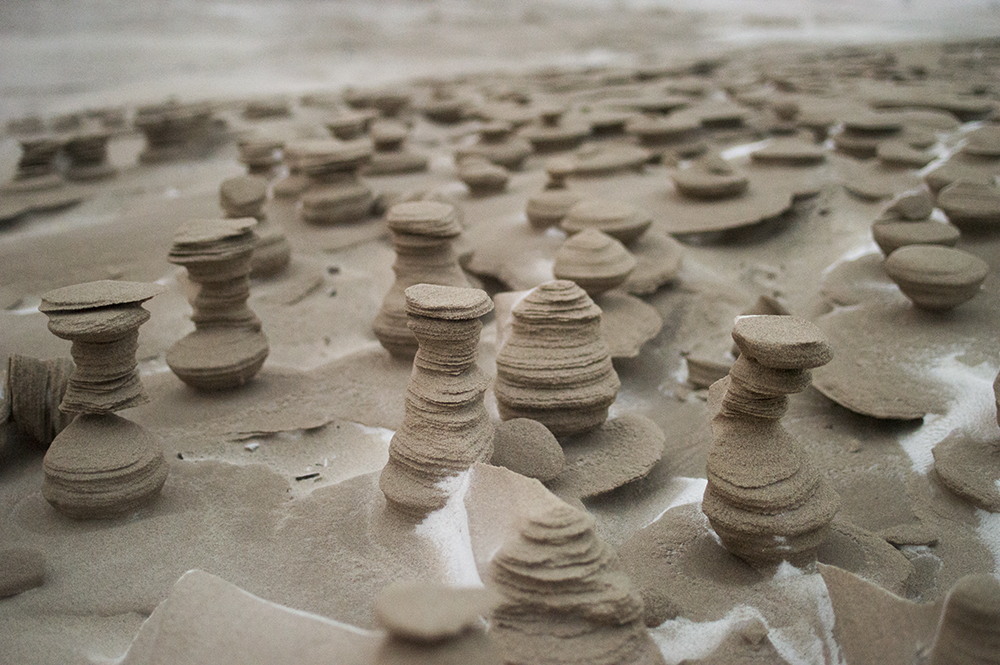 These frozen sand formations on the shores of Lake Michigan were carved by blizzard conditions last weekend. 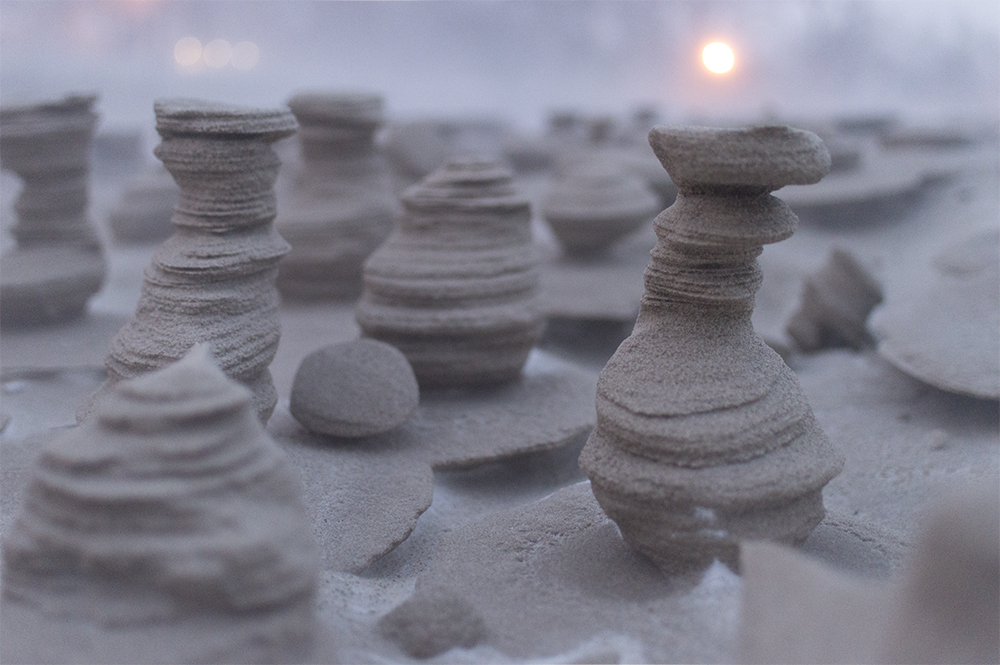 They have been discovered at St. Joseph’s Silver Beach. Some were measuring over a foot tall. 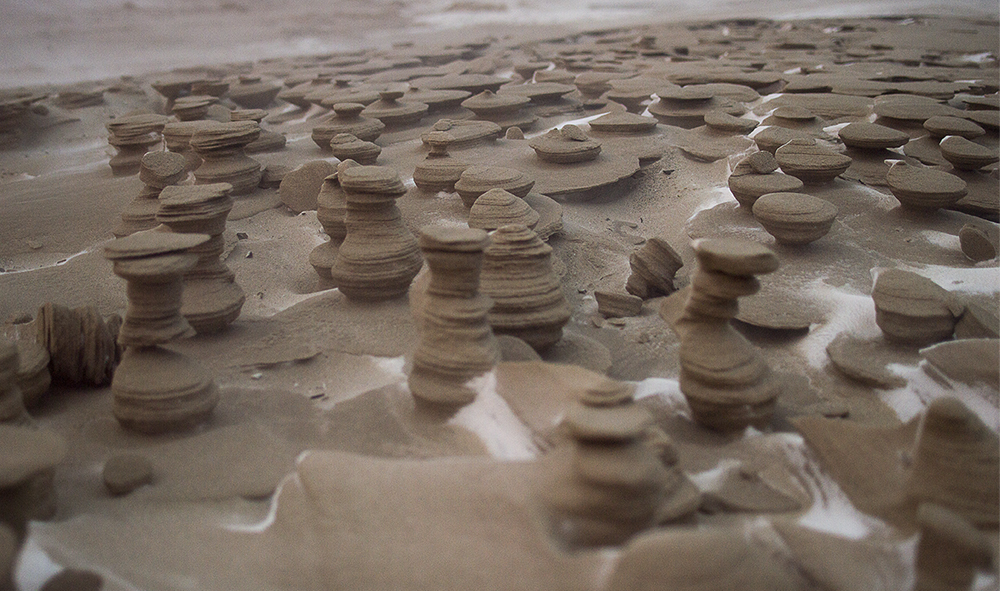 The formations, called hoodoos, are erosional remnants, frozen water-saturated beach sand areas left after thawed beach sand has been blown away by the wind, much like how a river might slowly create a canyon. 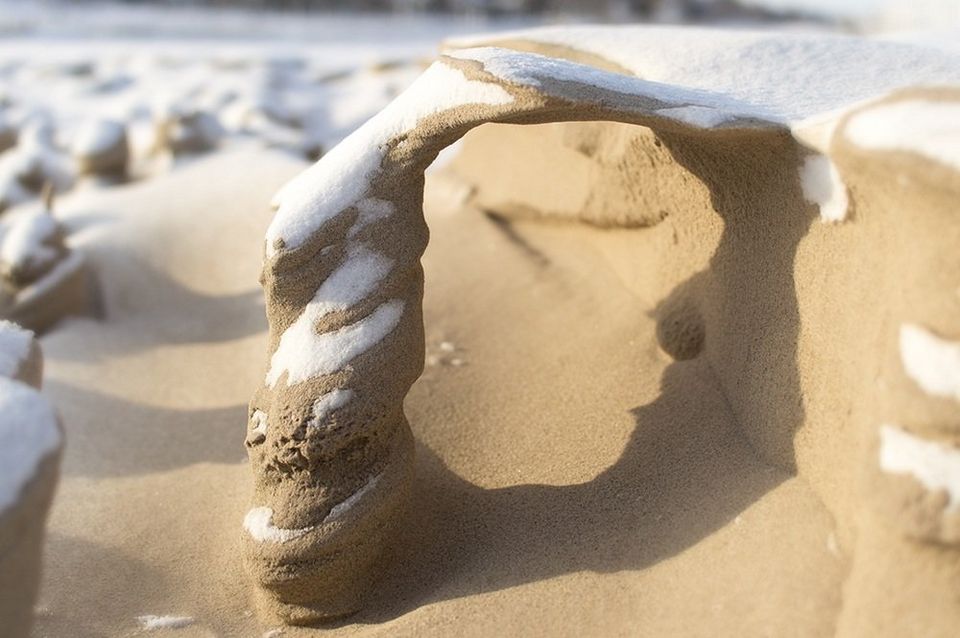 They were photographed by Joshua Nowicki who has chosen Lake Michigan as one of his favorite subjects. 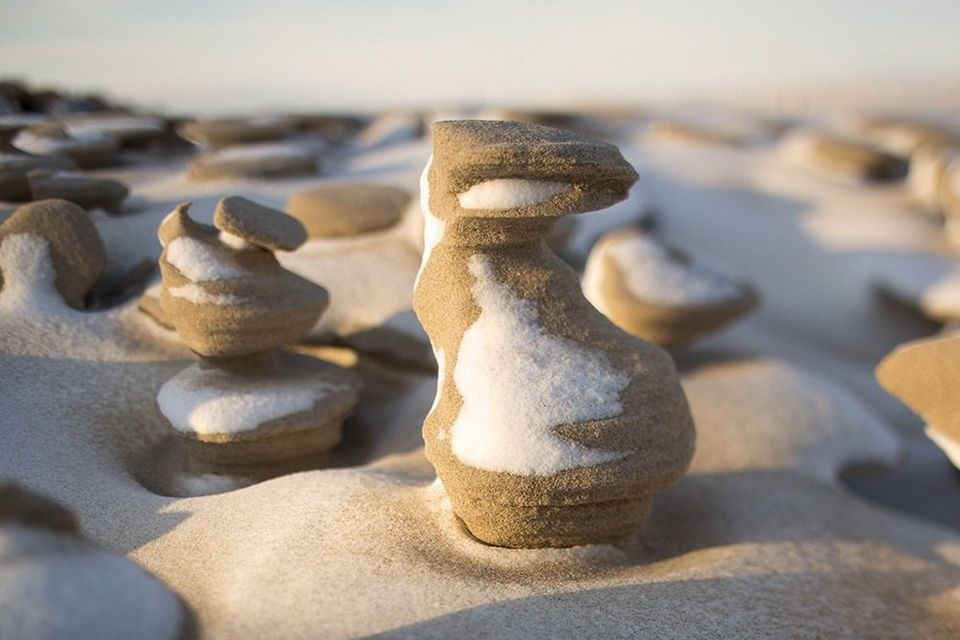 Those ones have been created on Saturday, February 14, so on Valentine’s day, as if our Planet Earth was telling us I love you!

Beginning of the year, Lake Michigan was also covered by giant ice boulders!