A bright fireball and delayed loud booms were seen and heard near Pittsburgh on February 17th.

The AMS has received over 120 eye witness reports from Pennsylvania, Ohio, Michigan and New York. Amazing!

According to NASa, the spacerock was measuring two feet in diameter and weighing roughly 500 pounds as it entered Earth’s atmosphere above the Pittsburgh suburbs around 4:50 a.m. Tuesday.

The meteoroid was detected at an altitude of 60 miles above Beaver Falls, northwest of Pittsburgh.

The fireball – most probably from the asteroid belt between Mars and Jupiter – was brighter than the full moon as it descended to an altitude of 13 miles above Kittanning, northeast of Pittsburgh. 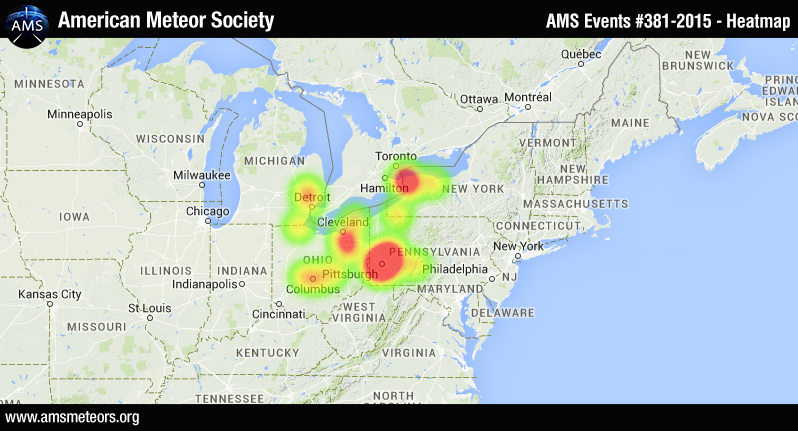 NASA says meteorite fragments may be scattered on the ground east of Kittanning.