OMG! Did you see these spectacular lenticular clouds in the sky of Puebla, Mexico?

As if UFOs were suddenly having a rest over Puebla-Tlaxcala on February 16, 2015. 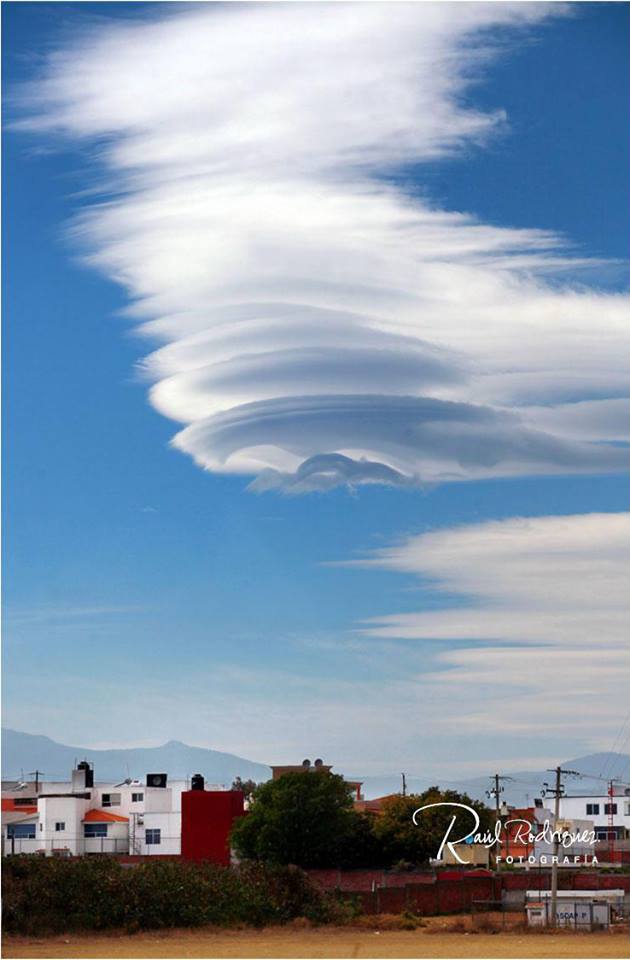 Is this an alien spacecraft engulfing the city? 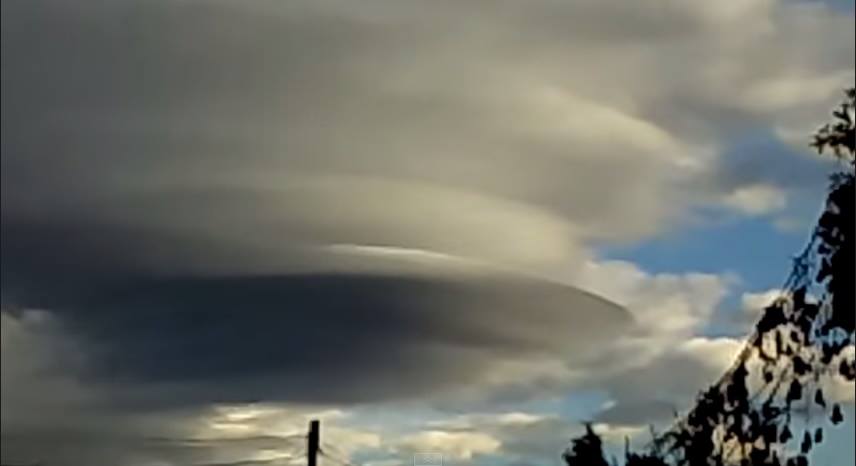 Scientifically, they are known as altocumulus lenticularis duplicatus. And they are easily recognizable forming huge disks, sometimes stapling one over the other. 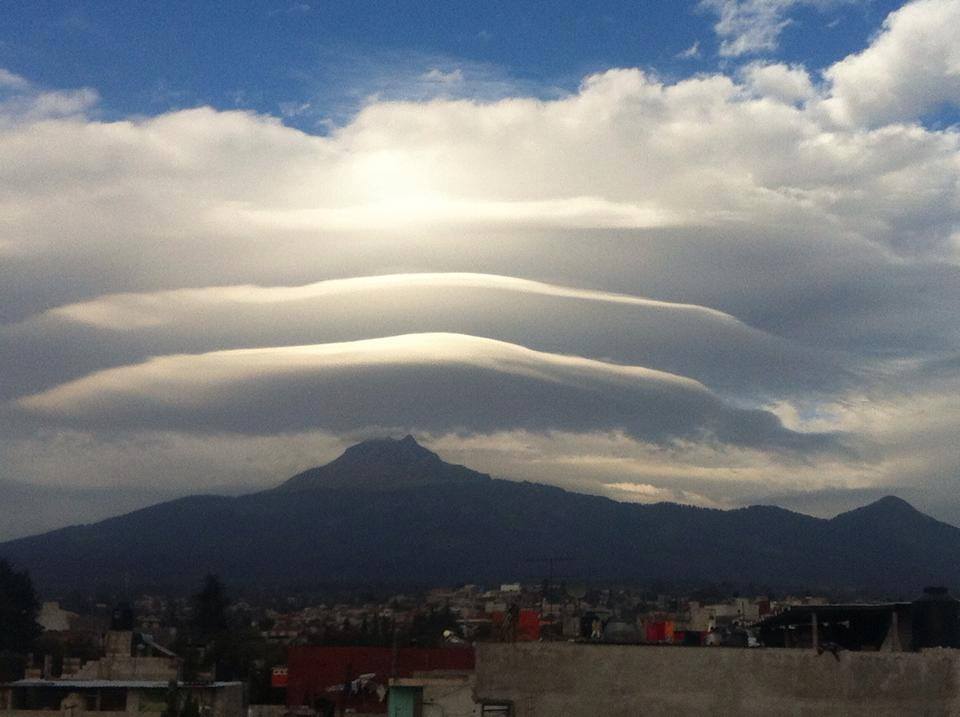 The latest amazing sighting generated confusion and fear among residents of Puebla-Tlaxcala, Mexico valley, as huge disks formed in an actually more or less clear sky. 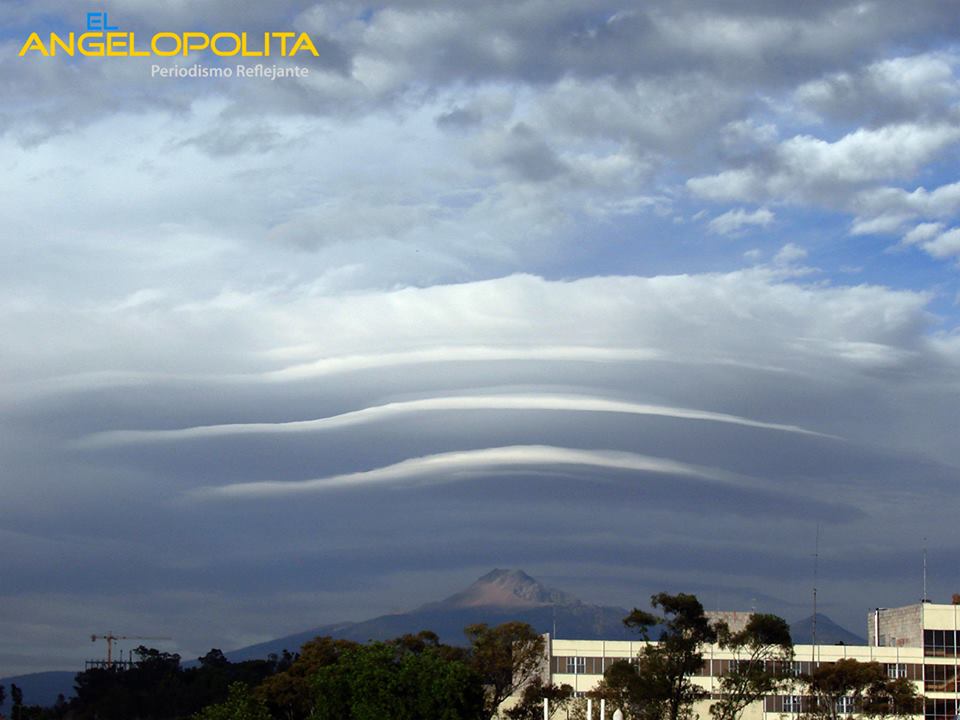 Yes the next video – Amaxac on February 16, 2015 – clearly shows why lenticular clouds are sometimes believed to be unidentified flying object (UFO):

It’s really amazing to see the rapid changes in shape of the cloud formation… Yes within 1:22 minutes it has transformed into a giant futuristic spacecraft.

Just enjoy these amazing images and videos of this unexpected lenticular sky phenomenon! 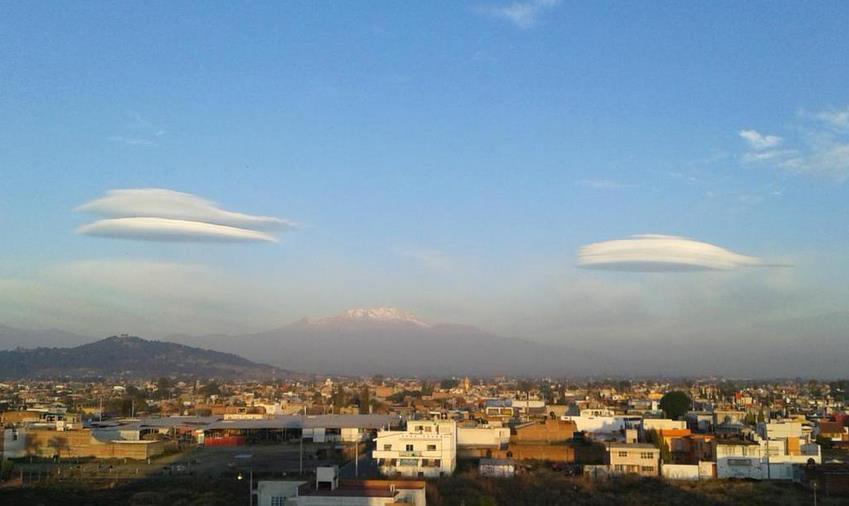 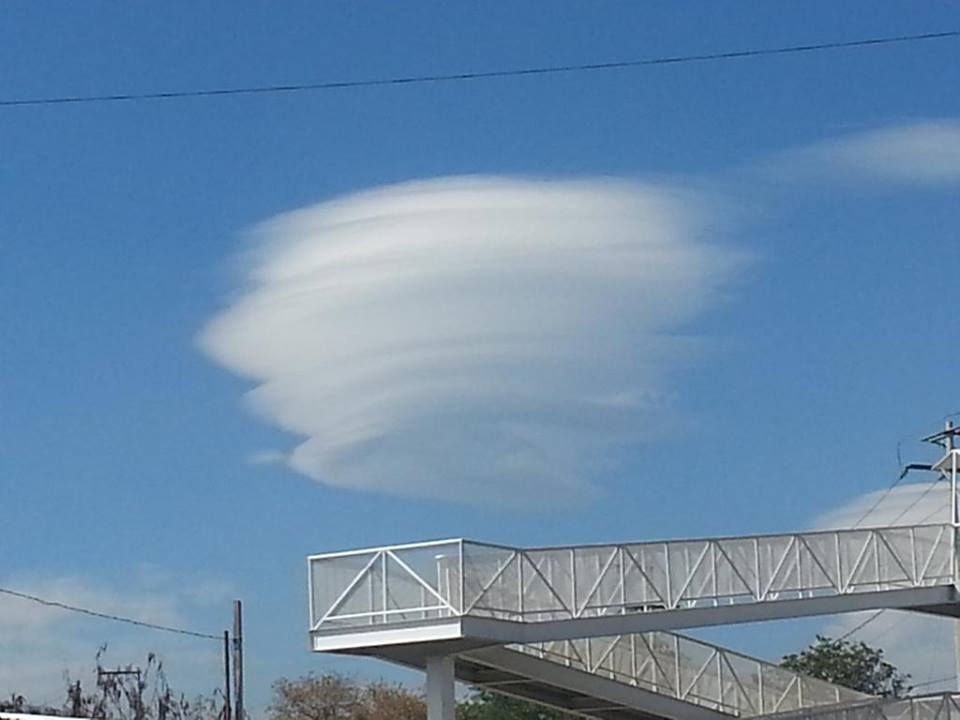 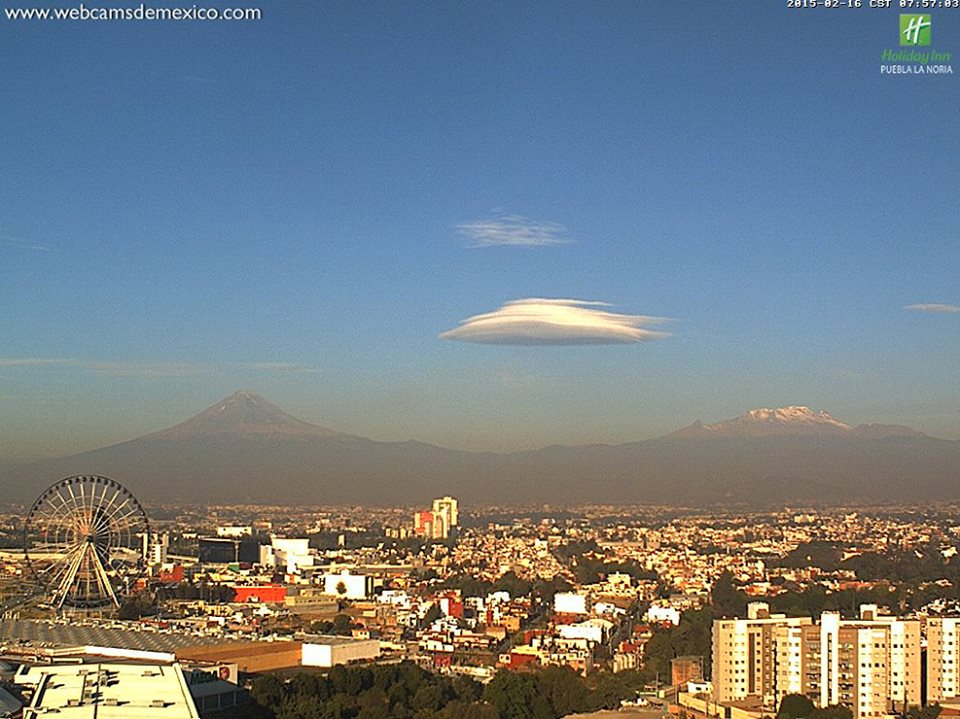 If you want some more, this cloud shows the beginning of the apocalypse in Turkey!