The chances of the New Madrid “big one” rocking the area may be greater than previously thought.

According to an updated USGS report, the New Madrid Seismic Zone has been identified to have a larger range of potential earthquake magnitudes than previously identified. 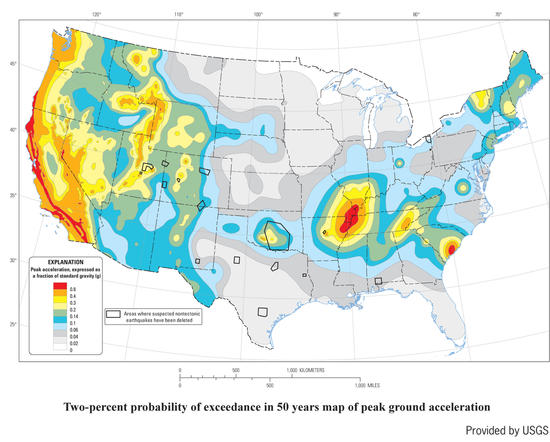 This recent update of the US Geological Survey’s (USGS) National Seismic Hazards Map reflects its best and most recent understanding of when and where earthquakes are likely to occur and how intense they might be. The map was previously released in 2008 and shows earthquake potential across a 50-year period.

The seismic report and others like it paint a grim picture of life in southeast Missouri if the New Madrid monster quake does occur.

A 1985 FEMA report makes estimates for Poplar earthquake of $693 million in damages, 1 death if the quake occurs at night or 17 deaths if it occurs during the day when school is in session. Areas closer to the fault will suffer even more damage:

While no one can predict the time, date, place of a potential mega-quake, Butler County Emergency Management says such an event is always on the minds of the area’s emergency planners.

I would say, it’s always better to prepare for the possible event. We need to be prepared. The ability to provide public water, electricity… Those things will be damaged in a way that they can’t be recovered in a matter of days.