We want aliens to exist.

The problem is, most of the places that they could exist are so far away that it would likely take thousands of years to contact them. Here a compilation of weird signals from space that might actually be aliens trying to contact us!

1. Burst of radio waves picked up by telescope

Just this month, scientists in Puerto Rico were monitoring the Arecibo telescope when they stumbled upon something startling. A split-second burst of radio waves coming from the vast void of deep space has the astronomy field abuzz, and wondering if its origin could be from an extraterrestrial life form. 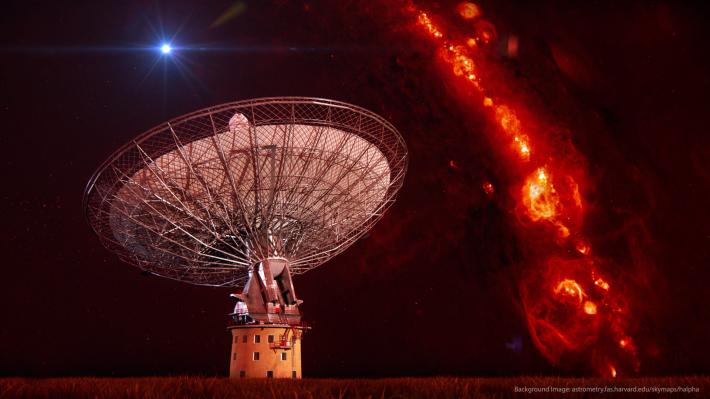 The key to these signals is that they confirm data observed by a huge telescope in Australia. The Parkes radio telescope has picked up these bursts several times before, last time in January 2015. However, without another telescope to confirm it, nobody was sure if these burst were real, or merely a result of an error, space radiation, or scientists that just went crazy having to sit around and monitor tiny bits of data all day. Now we can be sure that these burst are indeed real, and measuring an effect called plasma dispersion lets us know that they are coming from beyond the realm of Earth.

Just 20 light years from Earth, a planet has been discovered that could very likely support life. Not too hot, not too cold, one scientist even estimated the chances of life there to be 100 %. 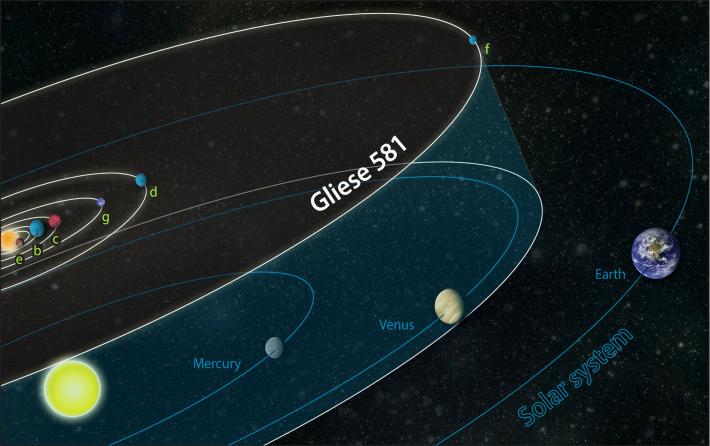 Scientists, with their infinite creativity, call the planet Gliese 581g, which is only slightly better than something like 1337Plan8.

With all the buzz surrounding this habitable planet, scientists got quite excited when a Sydney scientist claimed that a weird light pulse emitted from near this planet about 2 years before. His claim has been met with skepticism, but if true, this serves as the most likely place of origin for the first aliens to meet Earthlings face-to-face.

While analyzing telescope data, Dr. D. R. Lorimer discovered a weird burst of radio waves coming from a dwarf galaxy 200,000 light years away. At first, this burst was dismissed as an anomaly because no similar flare-ups were observed. 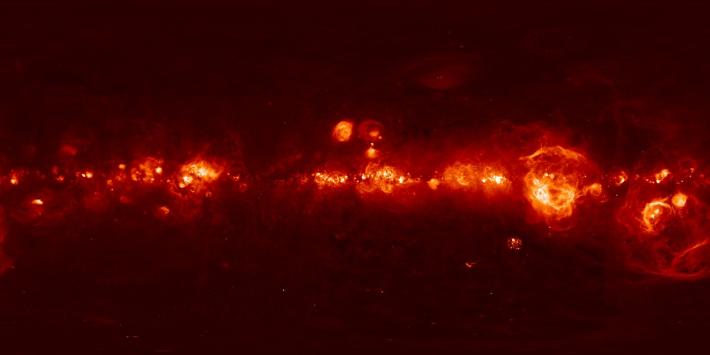 But this all changed in 2012, when Australia’s Parkes radio telescope caught 16 similar radio pulses. At first, these were dismissed as coming from the Earth, but then the telescope caught 4 more pulses in 2013 that were definitely not from this world.

The phenomenon remains a mystery, as there is no generally accepted theory for the origin of the pulses. Maybe an alien civilization finally got our first televised broadcast of the Olympics, and keeps trying to change the channel.

Between February 2011 and January 2012, scientists working with the Parkes radio telescope heard four blasts of noise that packed a seemingly-impossible amount of energy. In just a few milliseconds, each burst eminated more energy than our sun emits over 300,000 years. 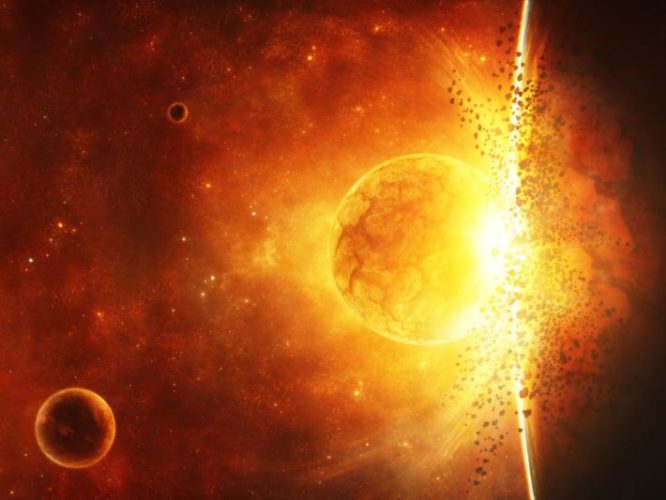 Scientists are still scrambling to explain what exactly made these giant signals, but many have come to realize there might be tens of thousands going on in the sky daily, and we just don’t have the telescopic powers to detect all of them, yet. Maybe an advanced alien civilization lacks foresight, and just is sending us plans on how to build a telecope that will detect these plans to build said telescope.

“In space, no one can hear you scream,” is an apt description for just how silent most of the universe is. After all, space is mostly a vacuum, through which sound waves cannot travel.

However, if we expand our definition of “noise” to include radio waves, there is a small hiss that most of the universe makes. This “static hiss” was discovered in our own galaxy way back in 1931, and seems to hold true for most celestial bodies, if not all. 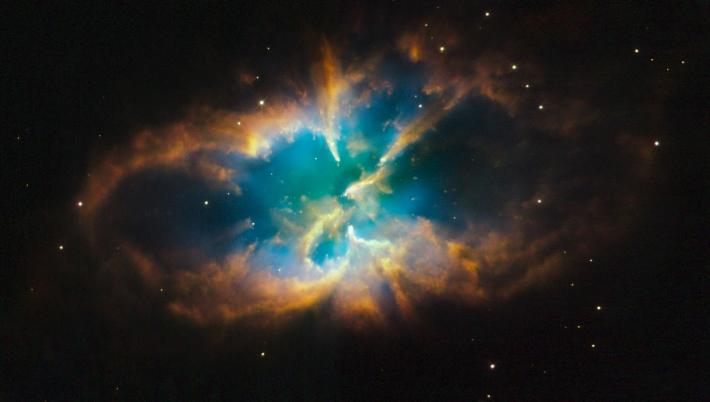 One of the more interesting pieces of observational equipment is the Absolute Radiometer for Cosmology, Astrophysics, and Diffuse Emission (ARCADE) which floats in the air thanks to a balloon. In 2006, ARCADE was launched with the intent of picking up heat from the first generation of stars. However, the data it sent back had scientists flummoxed. It was a “static roar” about six times as big as all known radio sources in the universe, combined. Not unlike Earthly static caused by balloons, this discovery made scientists’ hair stand up. So far, science is unable to pinpoint the noise’s origin, but researchers are all but certain it comes from the distant reaches of the cosmos.

Scientists, by nature, are usually even tempered and slow to be impressed. That’s what happens when you devote your life to thorough, careful examination and weighing of real-world observations. So, in 1977, when a researcher at Ohio State caught a signal that made him write down the word “WOW!” the scientific community took notice. 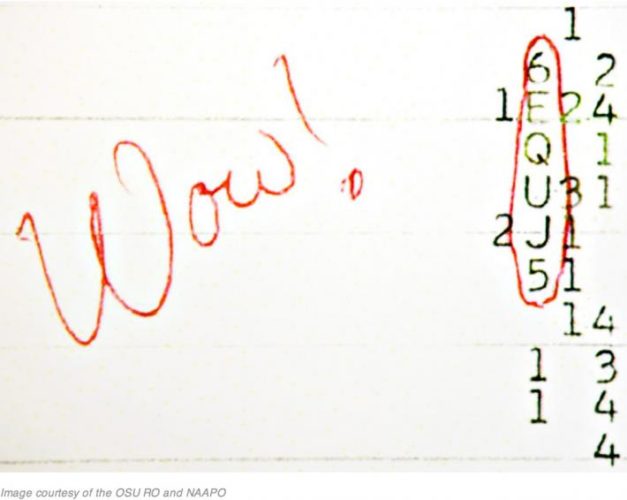 For over 50 years, scientists have speculated that, should aliens want to communicate with us, they might choose to use radio signals. Radio waves are cheap to produce and travel great distances across space. Astronomers also predict that aliens would probably use a radio wavelength of 1420 MHz, because that is what happens when you zap a hydrogen atom (and hydrogen is the most abundant element in the universe).

Knowing that, imagine the excitement when an observer got a strong, 2.5 minute radio signal that just so happened to be 1,420 MHz. Scientists anxiously awaited a follow up broadcast, perhaps some sort of transmission or message, but aliens have left them waiting by the phone longer than a stood-up date on prom night. Mysteriously, the signal was never repeated, leaving scientists waiting for the past 37 years.

While studying a deep-space cluster of galaxy’s, NASA found an eccentric signal. At NASA’s Chandra X-ray observatory, a weird, strong X-ray signal was recently relayed from the XMM-Newton space satellite.

Supporting the notion that this isn’t just a freak occurence, the same satellite found a similar X-ray spike while studying a cluster of 73 other galaxies. The next step is to confirm that these signals are, in fact, real, as opposed to some sort of error or local interference. 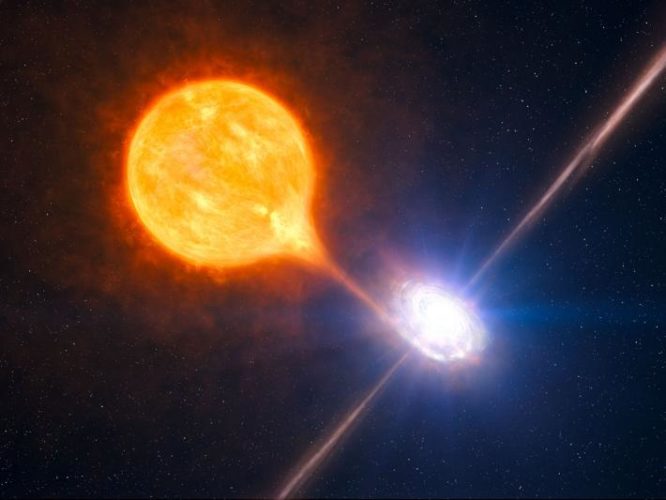 Scientists think these signals could be resounding proof of the existence of dark matter, a substance which is suspected to comprise 85% of the universe. But we’re still holding out hope that the signals are actually coming from some sort of alien dentistry center.