In recent years there’s been a huge ado about supermoons, the largest and closest Full Moons of the year. This year, the biggest Full Moon occurs on September 27 and is accompanied by a lunar eclipse turning it BLOOD RED!

Photographers wishing to capture a comparison of the biggest Full Moon with the smallest will need to shoot the Moon this week, on March 5. That’s the date for 2015’s most distant and smallest Full Moon – the mini-moon of March. 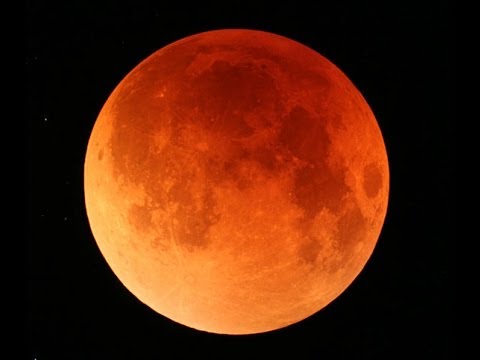 There’s also a total lunar eclipse next month, on the morning of April 4. That will actually be the smallest Full Moon of 2015.

Then six Full Moons later, on September 27, the Moon will reach its monthly perigee point closest to Earth less than an hour before full phase, at a distance of 356,877 kilometres. That will be the much-publicized supermoon of 2015, as that night it also undergoes a total eclipse. The Full Moon will turn DEEP BLOOD RED in the early evening for North America. But wait until the umbral phase is over, and you’ll have a normal looking Full Moon to create the comparison pair.

Shoot both Full Moons with the same optical system and you’ll have a pair of real images comparing the minimum and maximum apparent sizes of the Moon, much like the simulations above.

And remember there is a solar total eclipse on March 20 2015!