A glacier, some birds and fish and suddenly… Blam!

These amazing pictures feature the creepy moment birds leave an ice cave as a huge glacier collapses all around them. 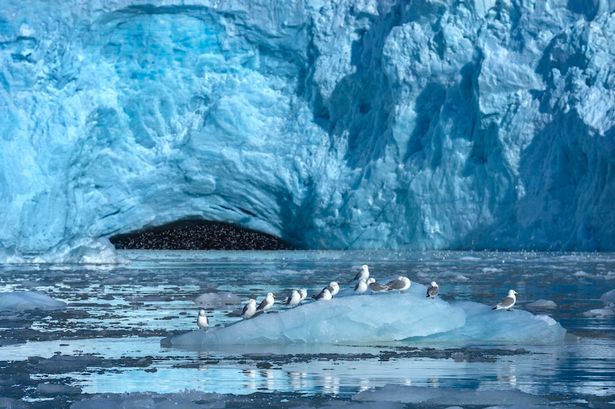 Thousands of birds can be seen fleeing for their lives as a glacial cave begins to collapse and a huge chunk of ice plummets into the sea. 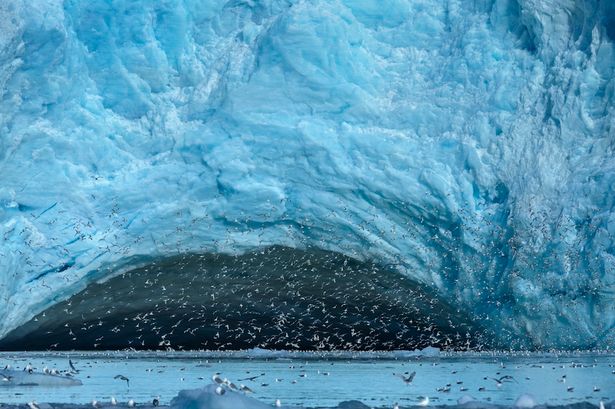 The group of black-legged kittiwakes, northern fulmars and glaucous gulls were in the ice cavern to feed in the waters around the glacier. 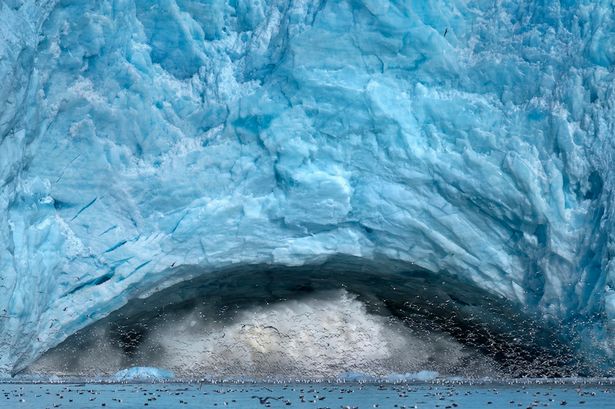 Suddenly, part of the glacier began to crumble on top of the birds, which started scattering. 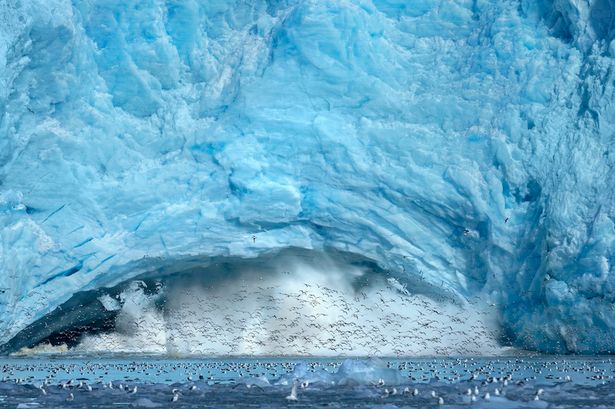 But as the massive amounts of ice drop into the water below, the fish who live in the sea are disturbed and float up to the surface. 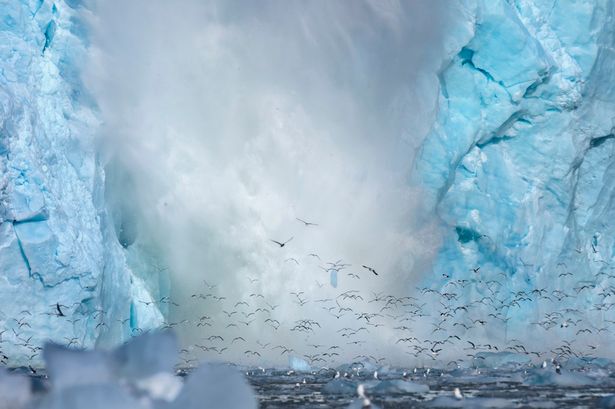 This then makes them easy pickings for the waiting birds who use opportunities like this to hunt their prey.

And it all ended up in a giant feeding frenzy with thousands of birds sharing the party.