Religion and astronomy may not overlap often.

But a new NASA X-ray image captures a celestial object that resembles the “Hand of God.” 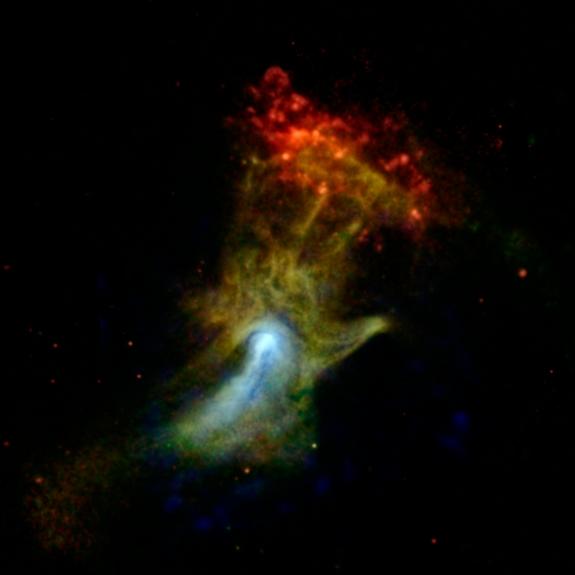 This image by NASA’s Nuclear Spectroscopic Telescope Array, or NuSTAR, depicts a pulsar wind nebula, produced by the dense remnant of a star that exploded in a supernova.

What’s left behind is a pulsar, called PSR B1509-58 (B1509 for short), which spins around 7 times per second blowing a wind of particles into material ejected during the star’s death throes.

As these particles interact with nearby magnetic fields, they produce an X-ray glow in the shape of a hand.

Now listen to the eerie sound of a pulsar. It’s incredible!