Houses shook, windows rattled as the low rubble of Michigan’s earthquake hit residents from East Lansing to Kalamazoo to Metro Detroit to Saginaw.

So did you feel the shake and hear a boom?

Residents felt it for only a few seconds. Pets started to bark and run all over. But there are some damages: 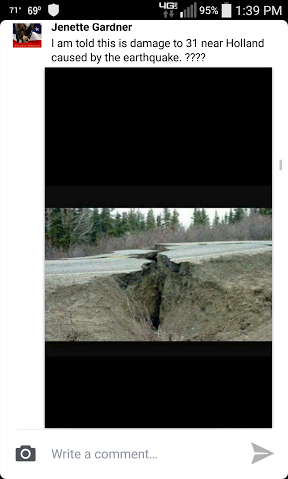 yes. Felt it by the Capitol. TV shook. We were trying to figure out if there was an explosion or something near by.

yes. Wife felt it. TV shook. We thought there may have been an explosion or something near by.

I felt it here in Troy, MI. Home started to shake and rumble. Crazy.

I felt my house shake in Waterford and thought it was just a truck going by then started seeing tweets. 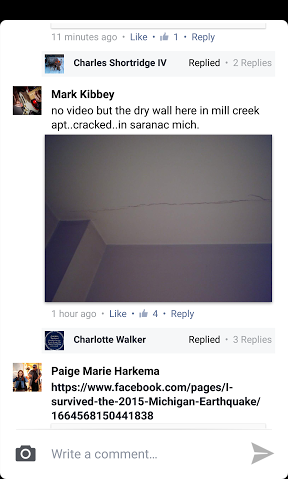 South Haven felt it. Low rumble and the rattled the glass.

I felt it here in Midland.The whole house shook.I thought it was related to the major road construction on Eastman Avenue.

didn’t feel it, but now I know why my cat was freaking out!

Although not very strong, such a quake in Michigan is very rare! USGS says the largest earthquake in Michigan’s history was a 4.6 magnitude that happened on August 10th, 1947.