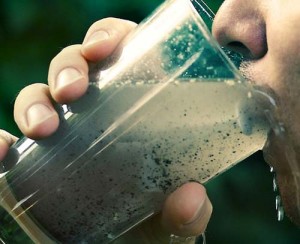 This is the first case published with a complete story showing organic compounds attributed to shale gas development found in a homeowner’s well. And companies still argue fracking is safe!

Two years ago, I wrote an global article about fracking and drinking water contamination. Well now scientists find proofs of what I was talking about!

According to a new study, the drinking water sampled from three homes in Bradford County, Pa. contained chemicals from the nearby Marcellus Shale drilling sites.