There is a black ring that appeared in the sky of Tigre, Argentina!

But nobody knows why! 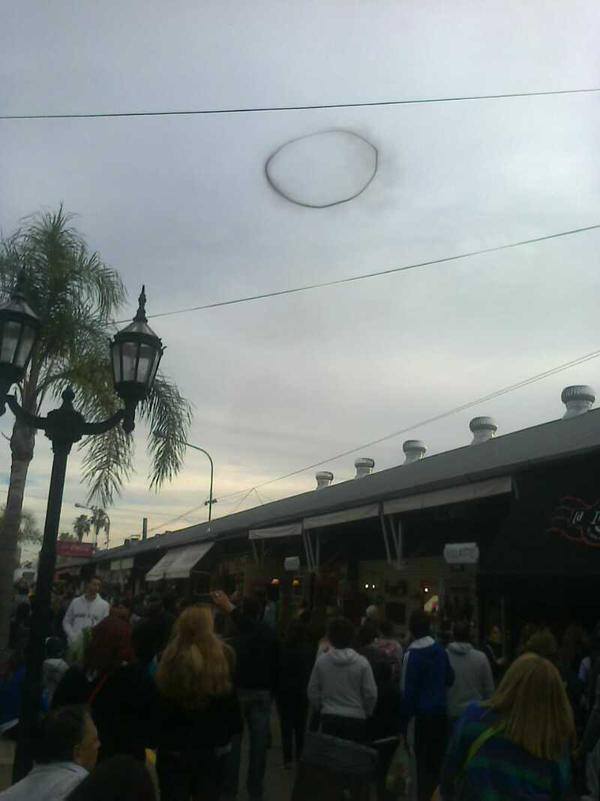 A strange black circle appeared yesterday afternoon in the sky Tigre, north of Buenos Aires, and baffle everybody looking at the eerie phenomenon around Puerto de Frutos.

The phenomenon, which occurred at around 5 pm, was captured by dozens of people around the capital. 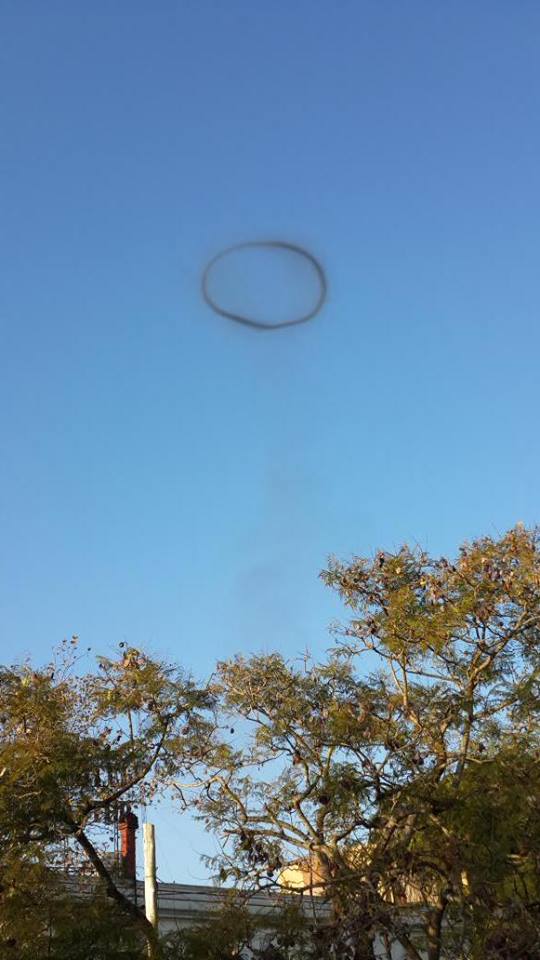 Yes, this is a real weird black smoke ring floating in the sky.

A strange black cloud forming a perfect circle and causing terror around. 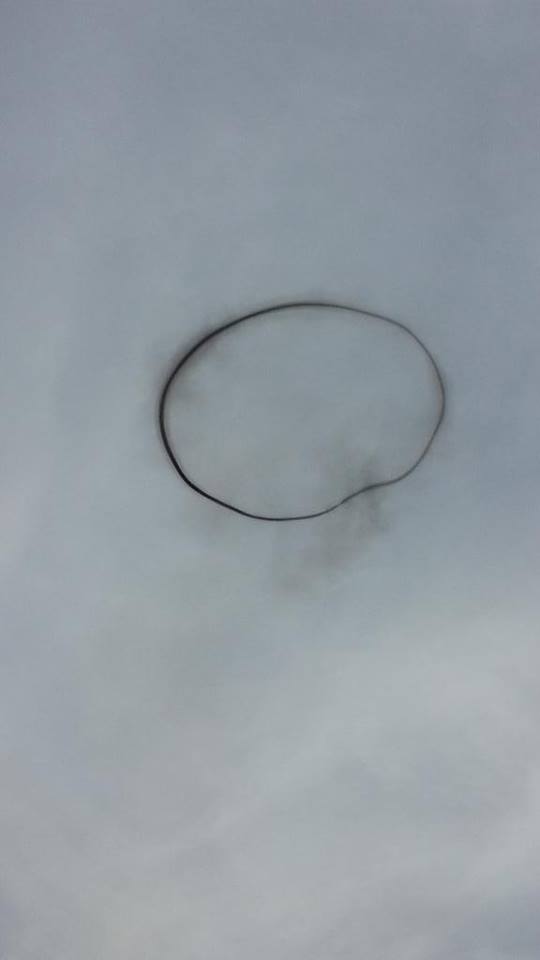 Although this black ring phenomenon has already been observed at different places around the world, the truth is that nobody could explain what was it so far …