A large thunderstorm in the Alice Springs area on Saturday blanketed the area in hail not big enough to cause any damage.

But the contrast between the red earth and the white hail was a stunning spectacle of nature.

In a bizarre but beautiful sight the Red Centre turned white on Saturday following a thunderstorm which blanketed the area in a sheet of hail.

Photographs show a stunning contrast between the bright earth and hailstones covering the ground in parts of Alice Springs. 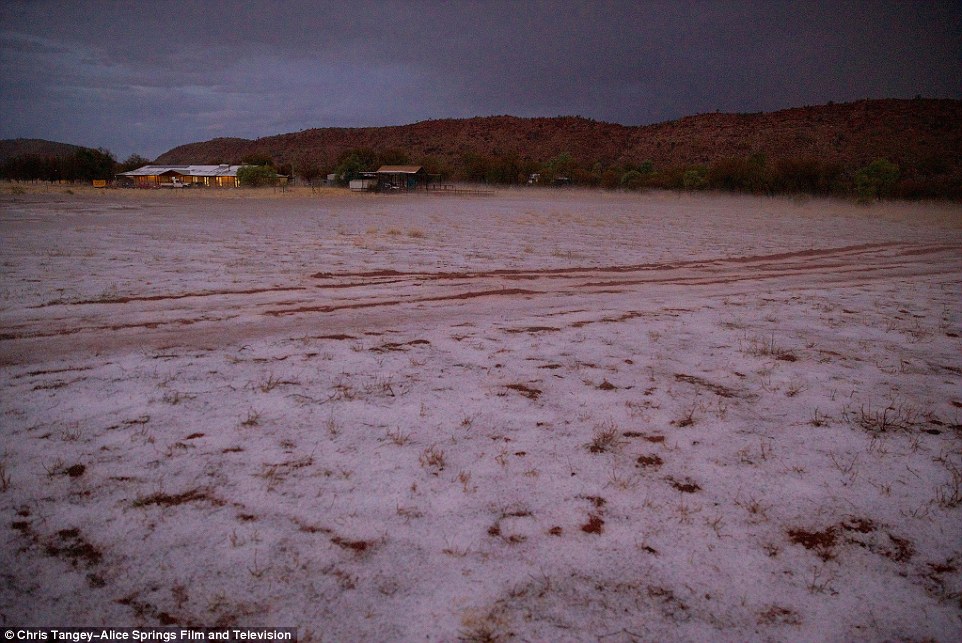 While the area does see storms it’s not often conditions are just right to deliver the spectacle it did at the weekend.

‘This event was set apart due to the fact it was a slow moving storm. 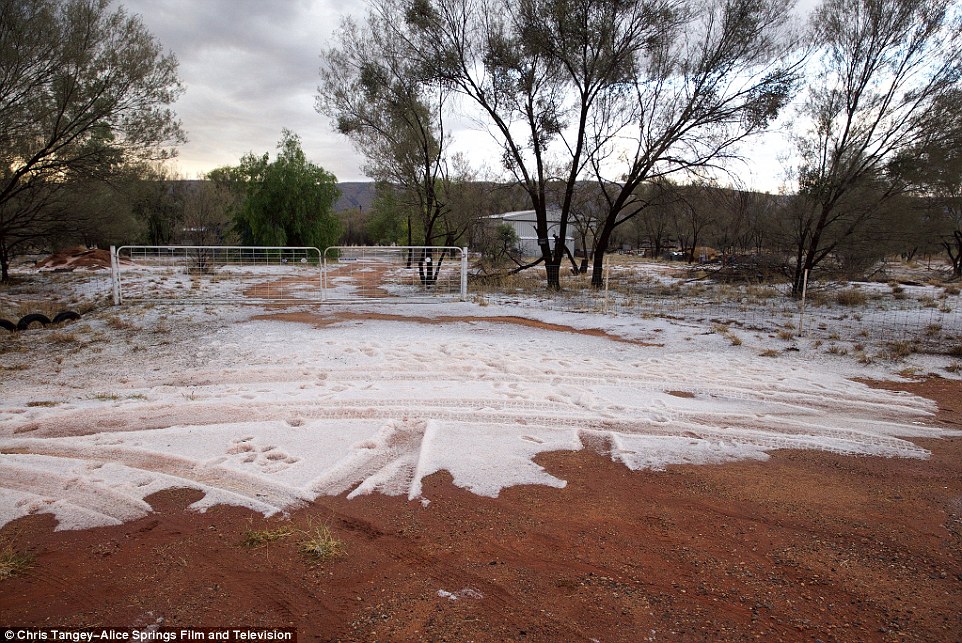 Usually these storm cells move with quite a lot of pace.

Although hail is present in most storms it has often melted by the time it meets the ground.

As the hailstones were only marble-sized they weren’t large enough to cause any damage.

But they did provide quite a sight for locals, many of whom have never seen hail despite living in the area for years.

Last year snow felt in the Atacama desert, the driest place on Earth!