Four years of California drought have had a severe effect on the national forests.

At least 12 million trees have died and will continue to die in California due to drought and bark beetle invasion! 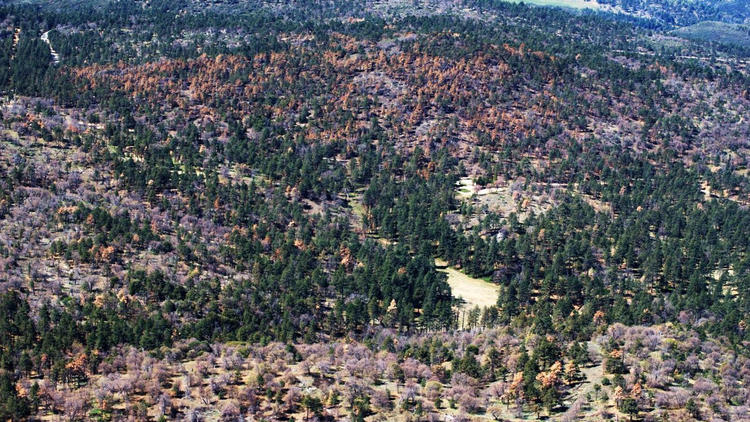 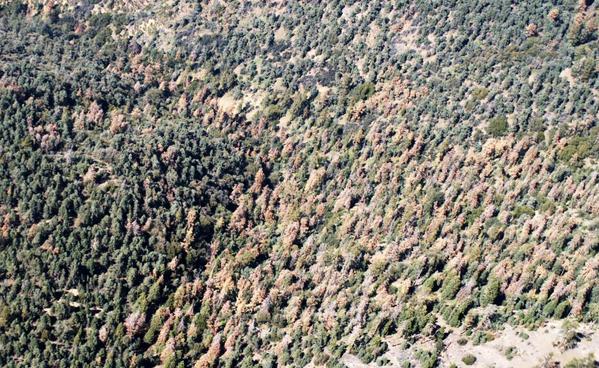 The LA Times describes this California tree mass-die-off as incendiary:

[quote_box_center]Instead of the typical deep green color, large swaths of pine trees now don hues of death, their dehydrated needles turning brown and burnt-red because of the state’s worsening drought. Rangers in the San Bernardino National Forest call them “red trees.” The situation is incendiary,” William Patzert, a climatologist for the Jet Propulsion Laboratory, told The Times recently. “The national forest is stressed out.”[/quote_box_center]

More suicides ahead? Drought is forcing farmers in Colorado to make tough choices to survive

A mega-drought is hammering the US; In North Dakota, it’s worse than the Dust Bowl