The latest in date killed over 300 flamingoes in the region of Albacete, Spain.

Fierce hailstorms have affected numerous regions of Spain over the past week.

Some of the most extreme storms swept through the province of Albacete in the region of Castilla La Mancha.

One of these hailstorms hit the saltwater lagoon of Pétrola, where hailstones killed at least 300 flamingoes.

In 2010, another apocalyptical hailstorm killed about 80 birds.

The dead birds had to be removed from the water and dozens of injured flamingoes were also rescued and brought into safety.

According to SpanishNewsToday.com, the same storm crashed the windshields of several nearly 200 cars on a highway between Chinchilla and Bonete. 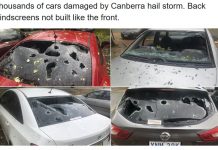 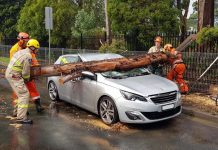