Up to now, this biblical flooding has killed at least 21 people and 800,000 others had to flee.

The apocalyptic floods, triggered by rivers that overflowed their banks, have ravaged about 2,200 villages in northern India.

About 168 relief camps have been contructed for 50,000 evacuated residents. The others are staying at relatives or friends.

21 persons have been killed by the biblical floods but this number could increase substantially.

In some cases, people are living with one meal a day and struggle to find dry places for cooking or harvesting firewood.

People are being forced to drink turbid floodwaters.

Almost all inhabitants of Majuli Island had to leave. That makes about 120,000 people, plus cattle and poultry.

Flash floods and landslides triggered by heavy rains have killed at least 30 people in the region.

Ten thousand villagers were cut off by the road damage near the town of Chungthan in the mountainous region.

Authorities have declared a health alert.

Other images of this biblical flooding and more of these pictures of floods and landslides triggered by the monsoon. 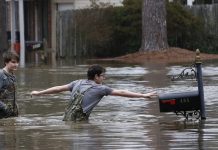 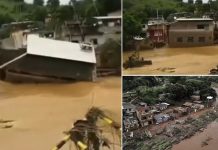 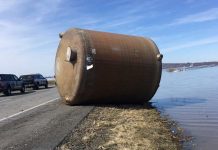