The title says it all.

Hundreds of wildbeest have been found dead in Mara River in northern Serengeti, Tanzania on September 28, 2015. 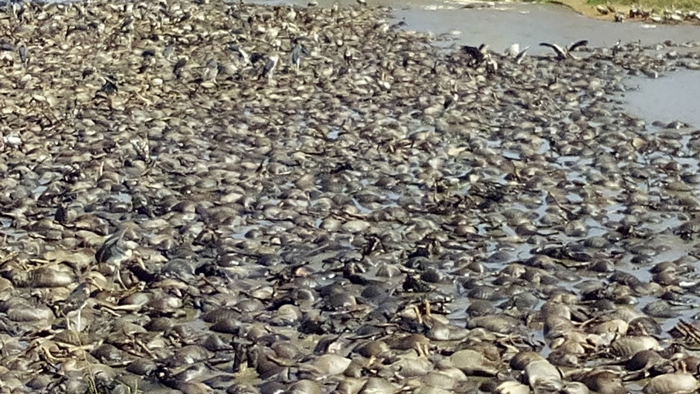 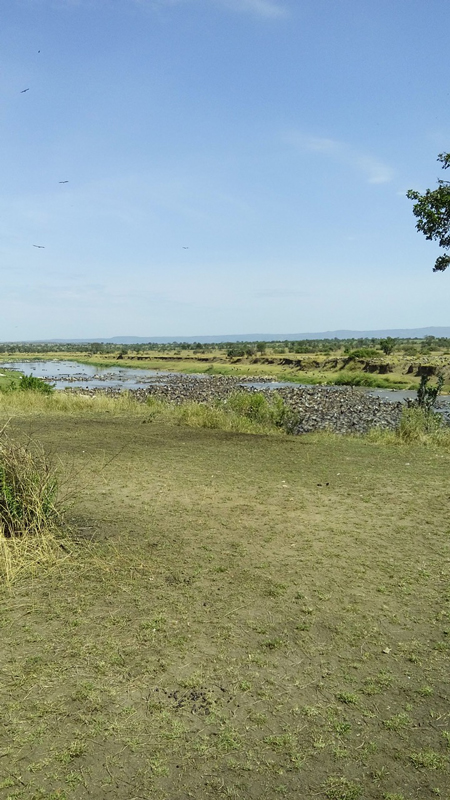 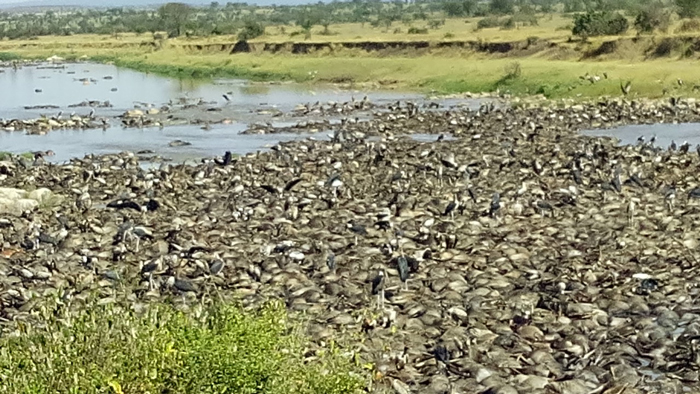 Here a video showing how epic this crossing may be for gnus:

So why this gnus’ mass death? Nobody knows… But in 2007, 10,000 wildebeest died in a mass drowning as they tried to pass the Mara River.

Hundreds of deep sea fish wash up dead on Puerto Vallarta Beach in Mexico (videos and pictures) – A consequence of Tonga eruption or...