Millions of fish are currently washing up on Playa Tesoro in Tamaulipas, Mexico.

In order to avoid any health emergency, the army has been call over to clean up this apocalyptical mass die-off.

The waters and sandy beaches of Playa Tesoro in Tamaulipas are covered by dead fish of various species and sizes.

Within 5 hours of work, port authority and soldiers have gathered over 2 tons of fish in the port alone. 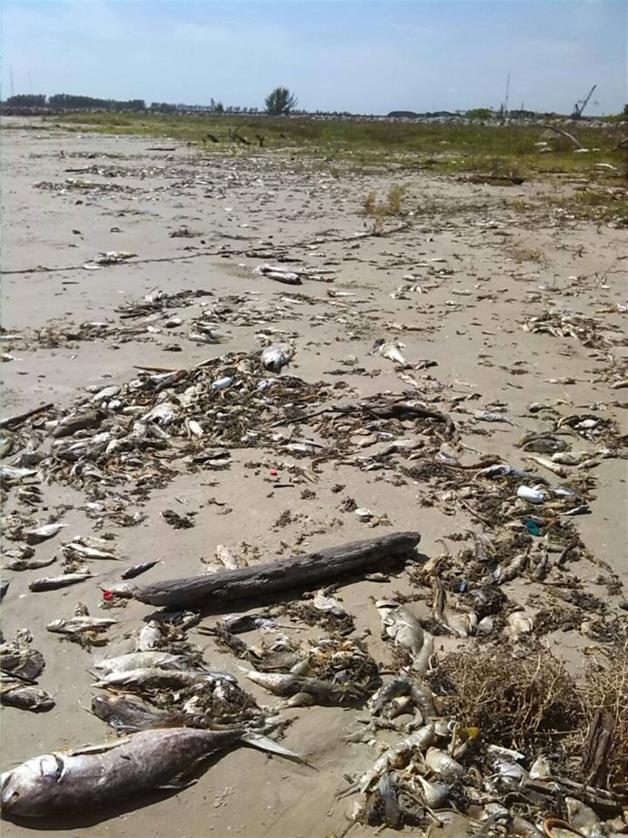 Dead fish are deposited in a pit in the area of ​​Pinos which will then be covered with sand.

There are still lots of fish floating offshore and washing up on the beach.

But nobody knows the origin of this mass die-off. Fishermen that lost their catch? Pollution? A red tide killed thousands of fish in the same region 2 weeks ago. No investigations have been launched yet.

The insect apocalypse is fake and never was