When suddenly Southern Lights appeared and the pillars of fire rose to heaven.

Red auroras – scarlet, crimson, and carmine – are only visible under more intense solar activity and at the highest altitudes.

Yellow and pink lights are a mix of red and green or blue. Instead of being produced by oxygen, the blue auroras are produced by ionized molecular nitrogen. Blue and purple emissions show up at the highest levels of solar activity. 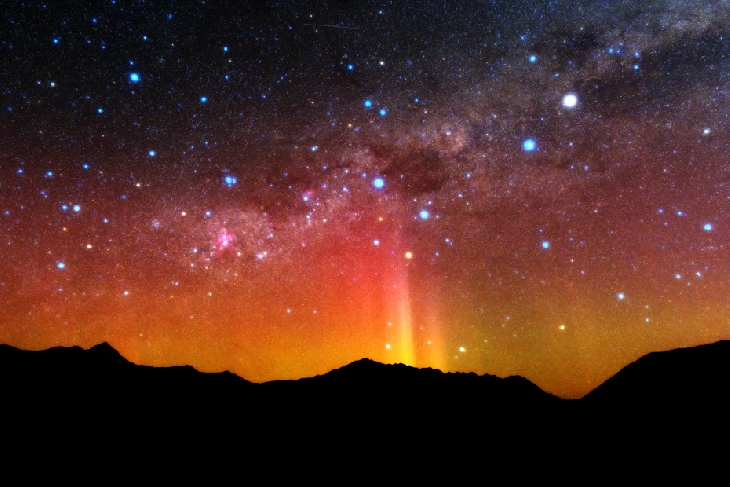 And the pillars of fire suddenly rose to the stars. Photo by Minoru Yoneto

Ultraviolet light produced by auroras – not visible to virtually all humans – has been observed and were produced on a very small scale by certain HAARP experiments.

Listen to the sound of Northern Lights.

The multicolor Southern lights, also known as Aurora australis, presented in this article were rather strong as shades of red, blue and purple appeared in front of the Milky Way on October 14, 2015 from Queenstown, New Zealand.