What is this mysterious object flying into the sun? 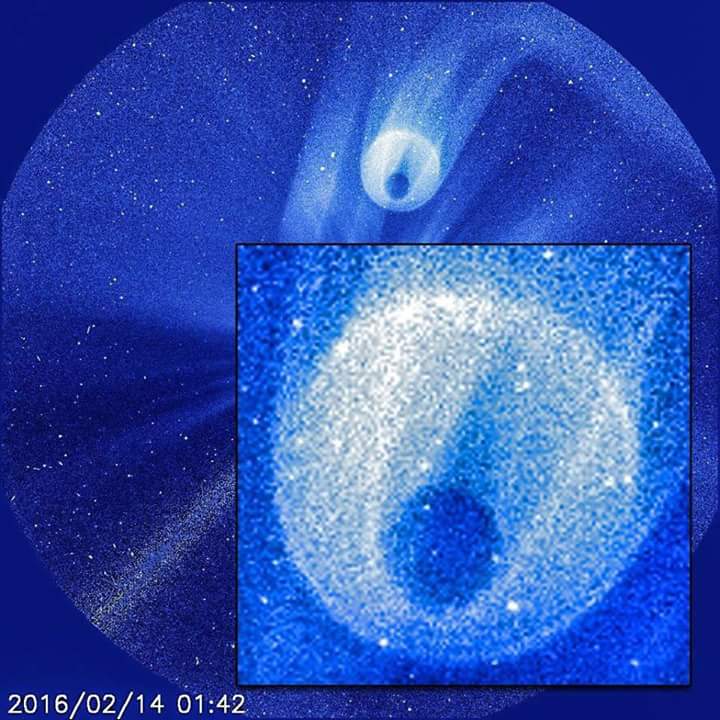 According to the video uploader, this large spherical object with the black circle has shown up in the past before. Here it is again. 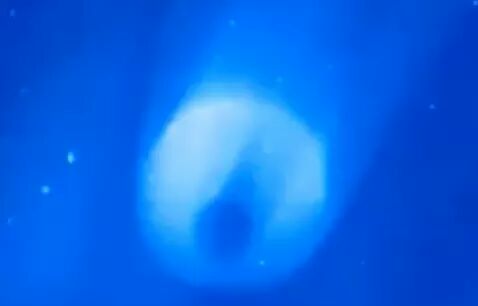 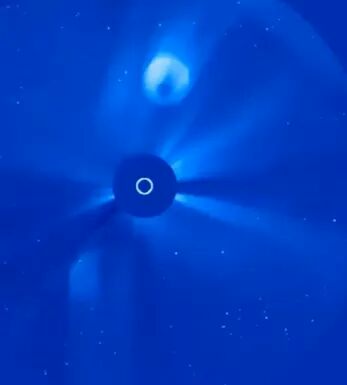 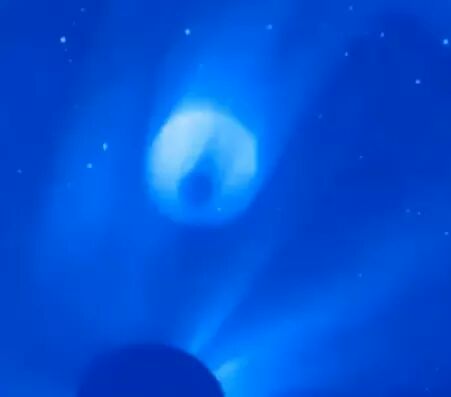 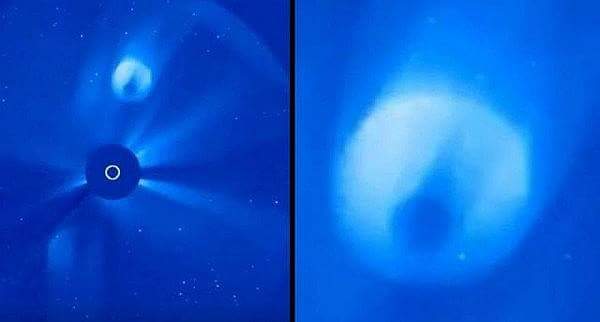 Is this Planet X? A comet? A giant solar flare? Magnetic bubbles? Or just a lens flare as NASA is arguing?