A giant sinkhole opened up in the urban district of Guiyang, Guizhou Province of China swallowing a bus.

The monster pit formed on March 10, 2016. The bus was transporting two passengers. 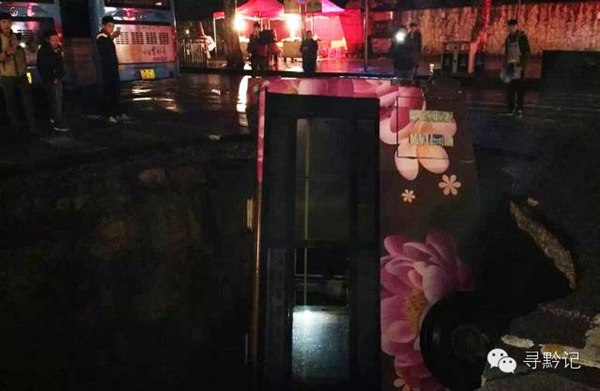 It took about 40 minutes to rescue the two passengers and the driver. 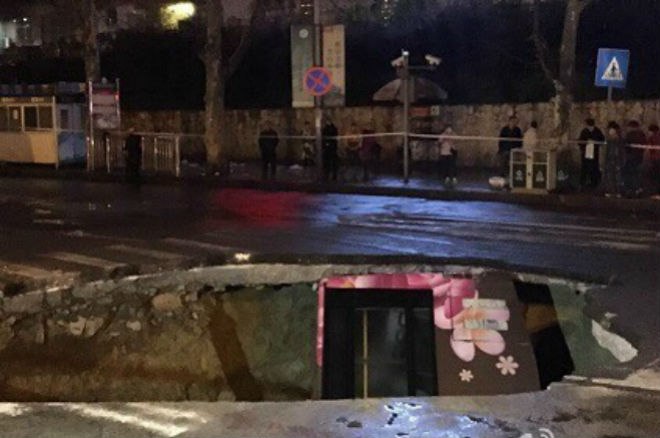 The driver suffered a serious head injury and was taken to hospital. 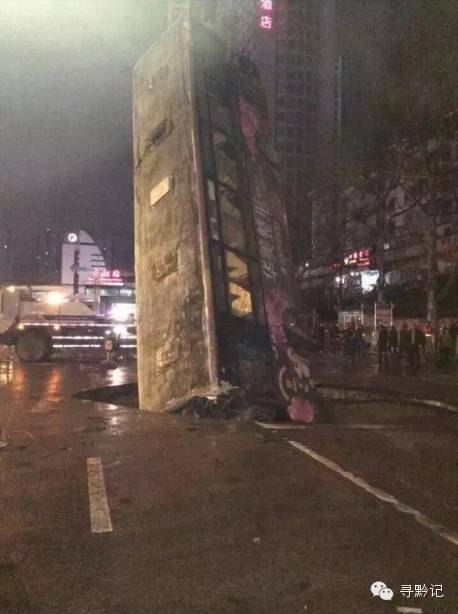 The passengers escaped with minor injuries.

And in the VK version:

It took four hours to bring back the bus at the surface.