However, many Lepidoptera were still breathing and flew away as the sun melted the snow. 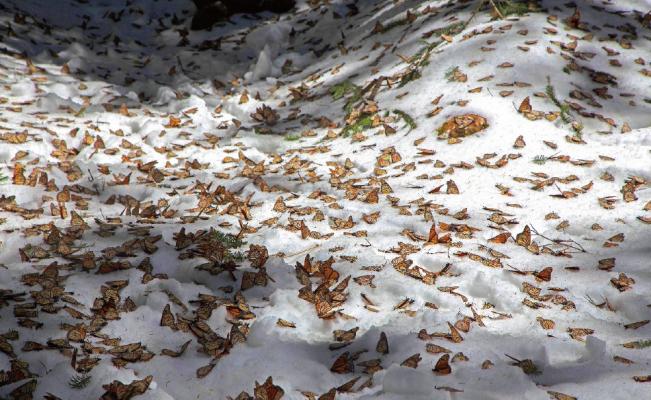 According to his calculations, only 3 % of the 50 million butterflies present in El Rosario have died in the winter storm. 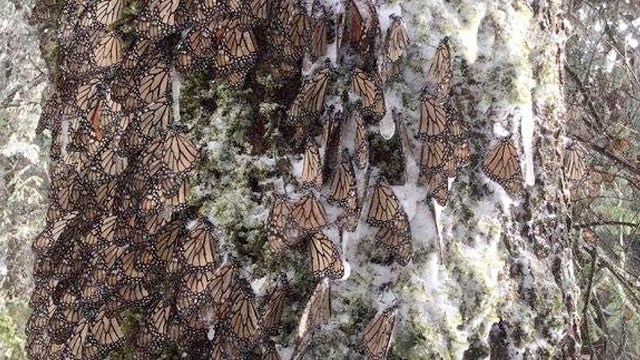 However this number may increase due to the still ongoing cold and bad weather in Michoacán. 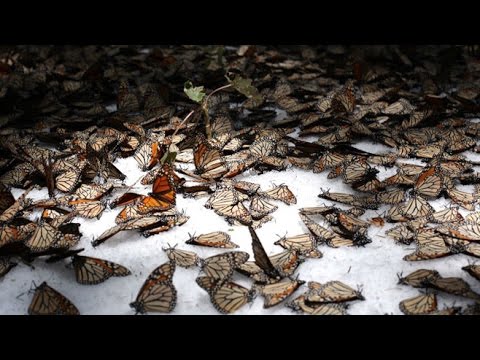 Scientists are currently touring the park and report that the colonies of Monarch butterflies have positively resisted to snow, frost, fog banks, hail, and wind gusts. 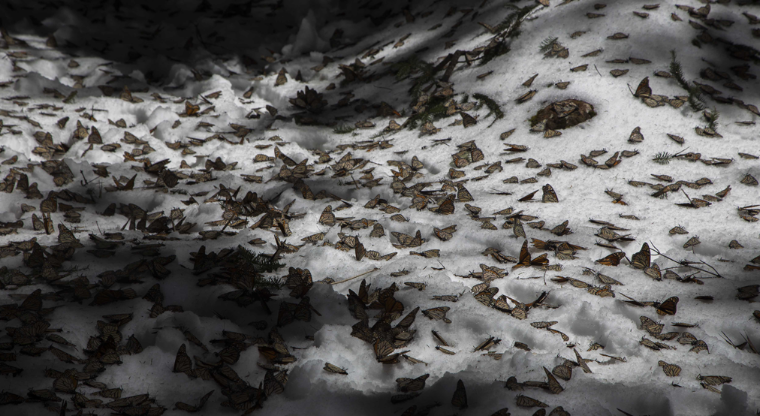 Snowfall and extreme winds not only killed butterflies, but also uprooted dozens of precious trees. 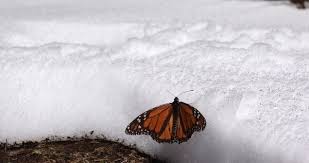 This is also why the park was closed for hundreds of visitors who arrived yesterday to the nature reserve. 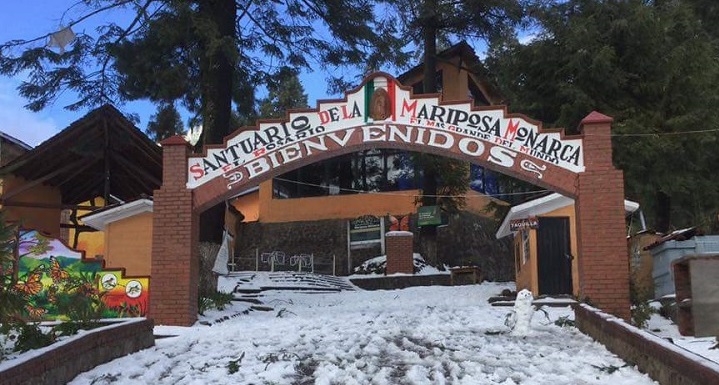 Meanwhile, residents of Ocampo are trying to restore roads, housing and trails of the sanctuary El Rosario.

The first video is the story of the titanic struggle of these small Monarch butterflies to resist the strong storm in the sanctuaries of Mexico between 8 and 9 March, 2016. Those who survive will fly back to the US in one of the most amazing migrations of nature:

This second video compiles different pictures taken from the web:

Let’s hope that the monarch butterflies will start their trip back to Canada, with stops in the United States again in two or three weeks.