It’s still unknown how this giant sinkhole opened up overnight.

But the large crater almost drained out a pond completely and devoured up to 25 tons of fish very quickly. 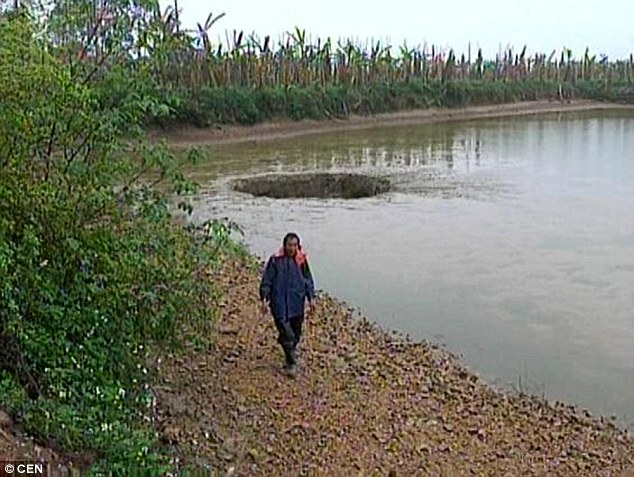 In Mexico, a river disappeared overnight after a giant earth crack suddenly formed in the river bed.

Here in China, a giant sinkhole swallowed up more than 25 tonnes of fish after it appeared in the middle of a pond. 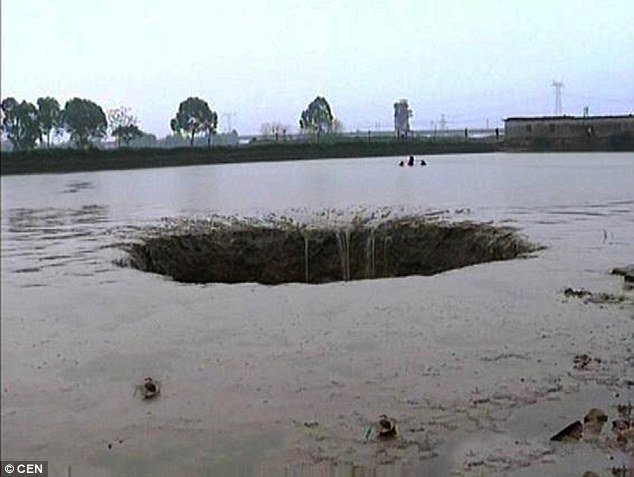 The cause of the geological event has not been officially identified.

But farmers speculate that the excavation at a local quarry is to blame. 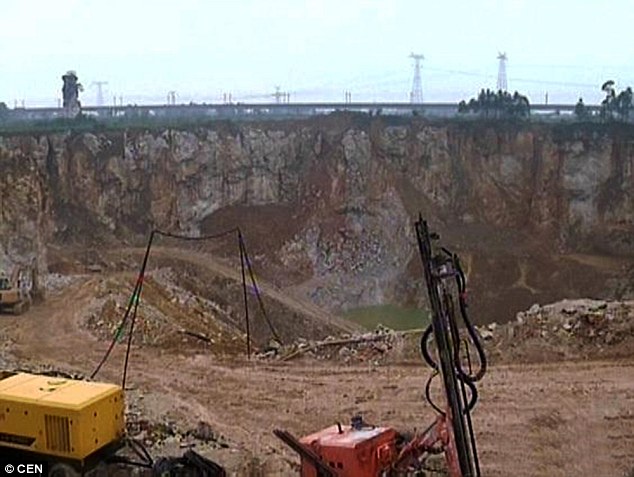 At least the giant underground beasts have enough food and can start enjoying springtime.