The large explosion was recorded by a camera at 1:59 local time. The column of ash reached 2100 meters above the volcano peak. 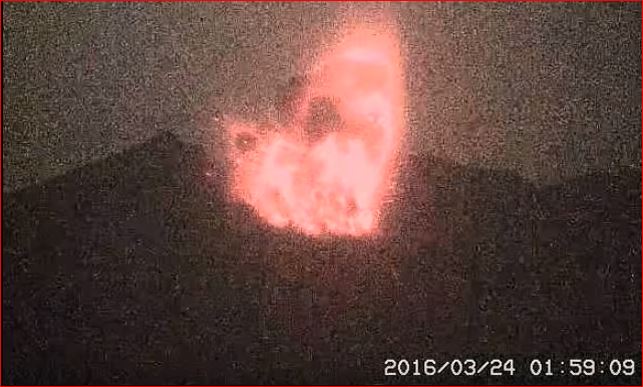 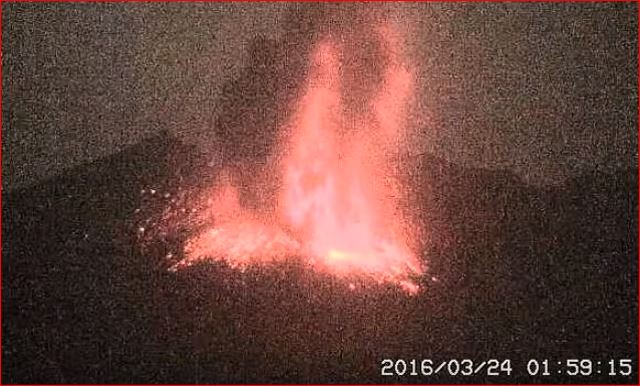 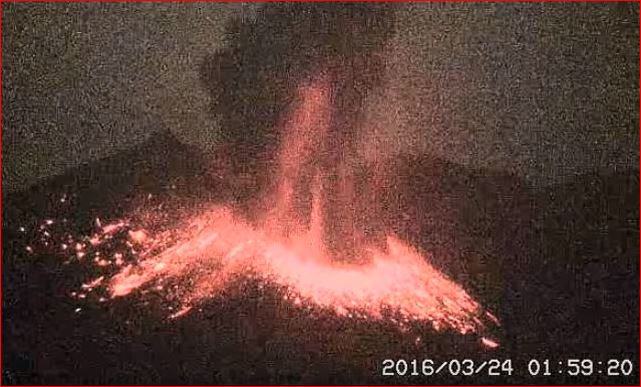 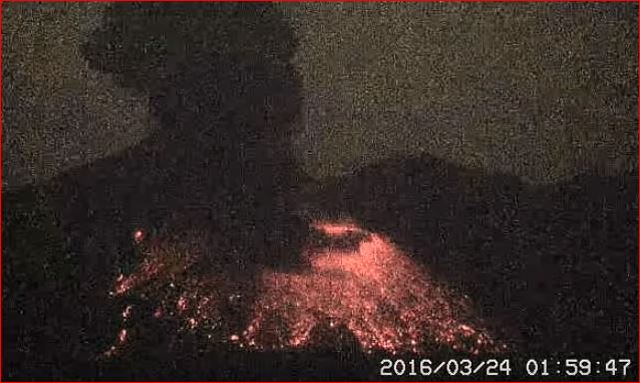 On March 26, 2016, the volcano is still in eruption sending clouds of ash in the sky of Japan. 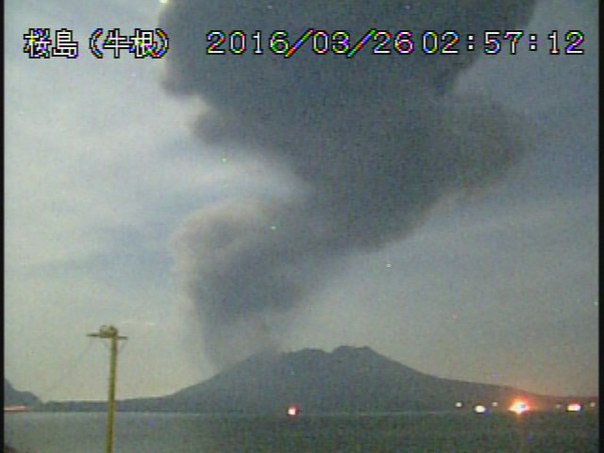 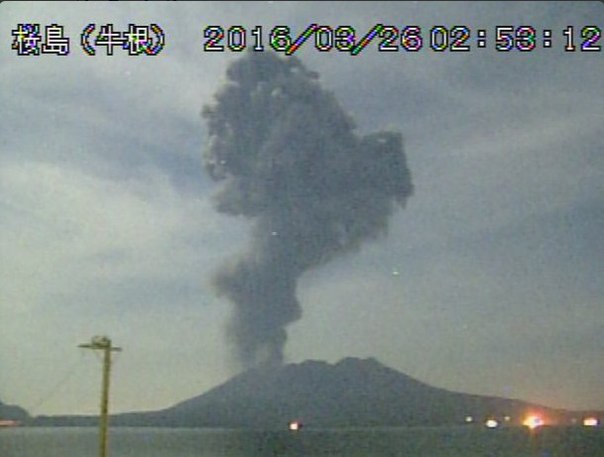 Now watch the video below. Terrific:

The eruption occurred in the crater, and was accompanied by the release of hot volcanic materials. The wind pushed the ash plume in the of Kanoya city.