The skies above Alabama on Thursday were transformed into a rare display of a cloud.

The sky was full of undulatus asperatus, or “wavy,” clouds above Alabama as a mixture of sleet, snow and rain moved into the region on Thursday morning. 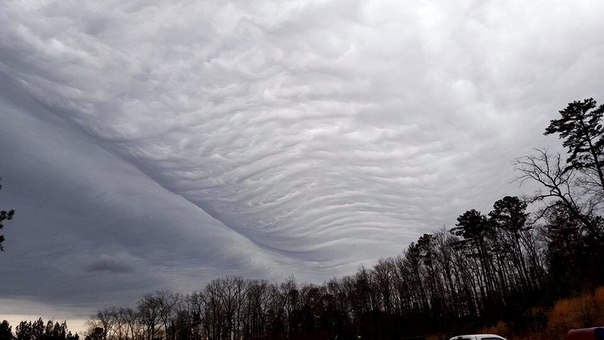 Undulatus asperatus clouds are made up of well-defined, wavelike sometimes chaotic structures in the underside of the cloud.

These crazy wave clouds rolled over Lincoln NE on July 7, 2014:

The weird cloud formation is characterised by localized waves in the cloud base, either smooth or dappled with smaller features, sometimes descending into sharp points, as if viewing a roughened sea surface from below.

Varying levels of illumination and thickness of cloud can lead to dramatic visual effects.