This giant dust devil was caught on video by Matt Norton in the small city of Airdrie, near Calgary in west Canada.

The awesome whirlwind raising a huge cloud of dust was witnessed on April 11, 2016. So cool to look at! 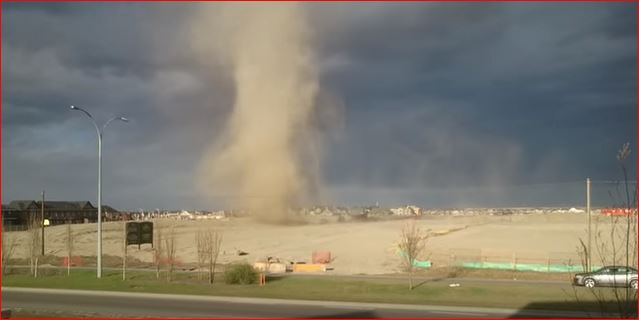 A dust devil is a strong, well-formed, and relatively long-lived whirlwind, ranging from small (half a meter wide and a few meters tall) to large (more than 10 meters wide and more than 1000 meters tall). 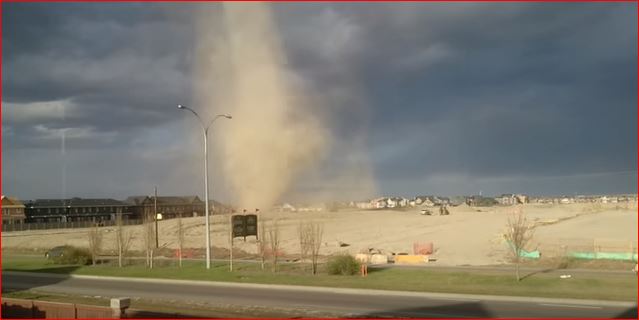 Dust devils are usually harmless, but can on rare occasions grow large enough to pose a threat to both people and property.

They are comparable to tornadoes in that both are a weather phenomenon of a vertically oriented rotating column of wind. Most tornadoes are associated with a larger parent circulation, the mesocyclone on the back of a supercell thunderstorm.

In contrast, dust devils form as a swirling updraft under sunny conditions during fair weather, rarely coming close to the intensity of a tornado.

Awesome footage! What a spin!