Look at this creepy shelf cloud in the sky of Lipetsk, Russia on April 18, 2016. 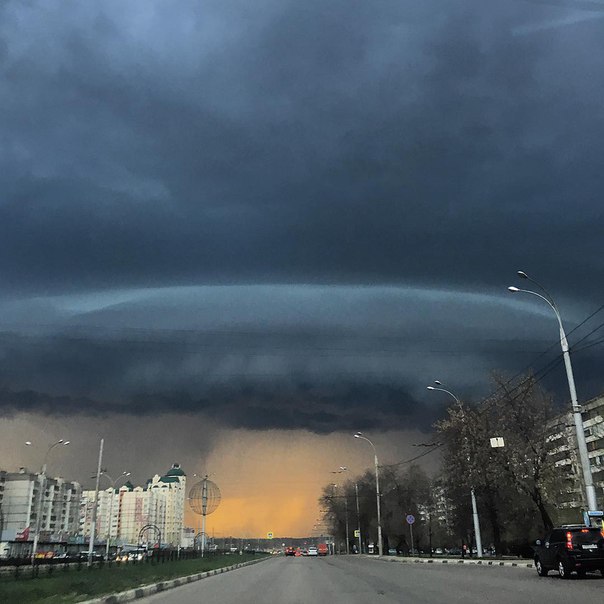 Supercell thunderstorms are dangerous storms that have a strong updraft and rotation. 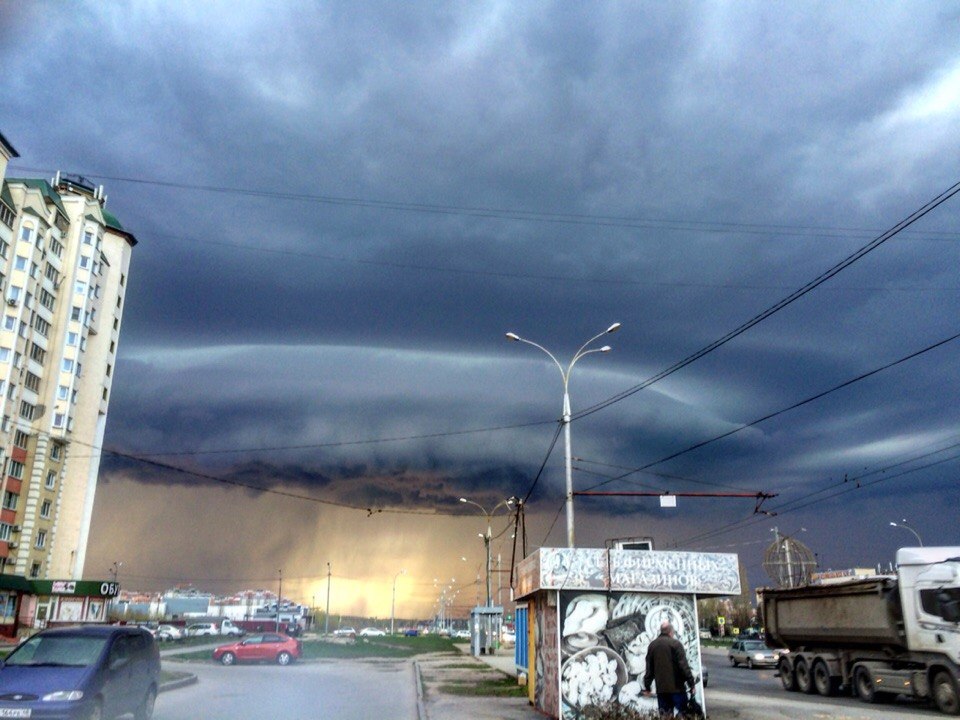 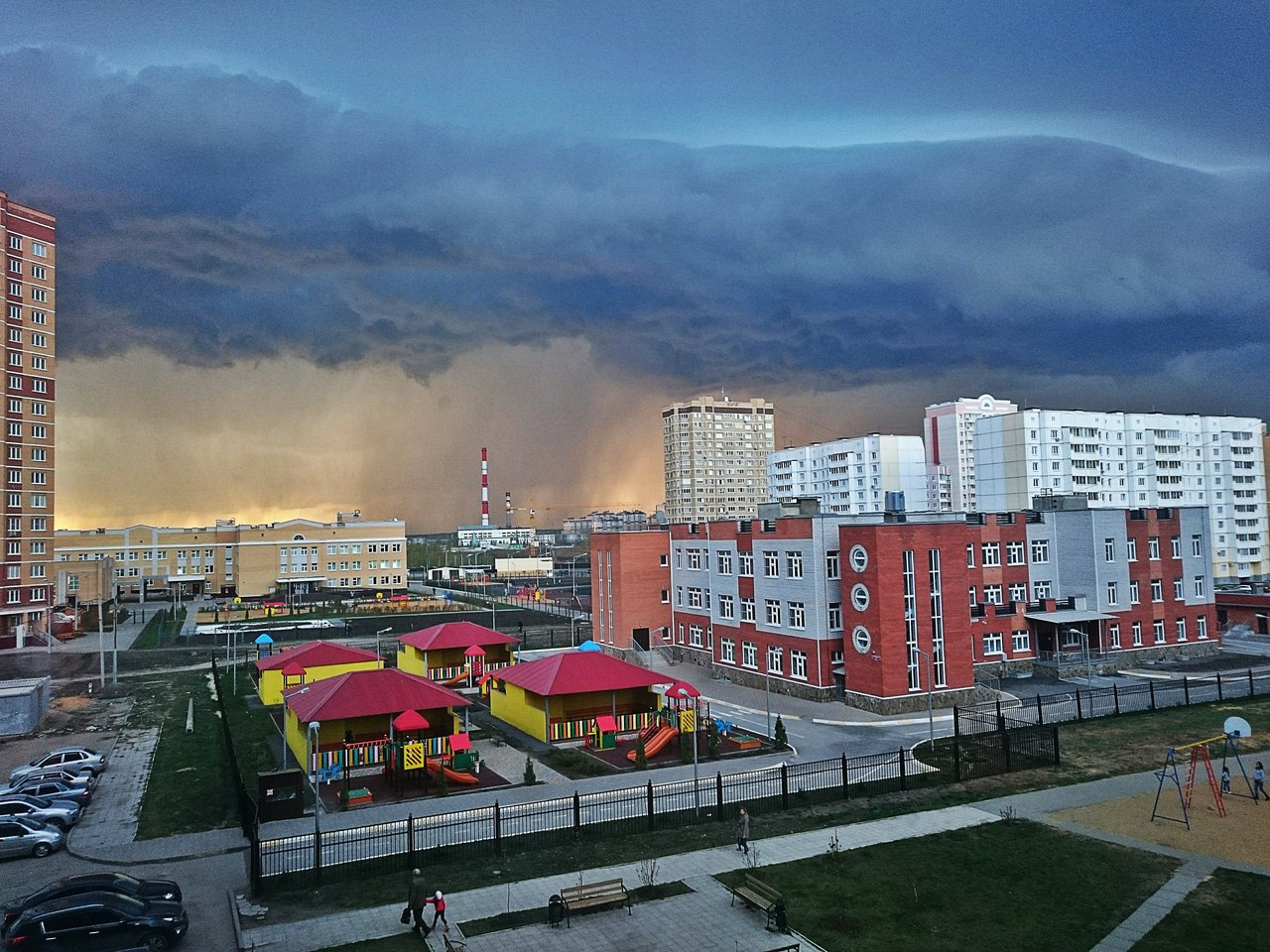 These storms can be very long-lived and can produce significant damage in many communities. 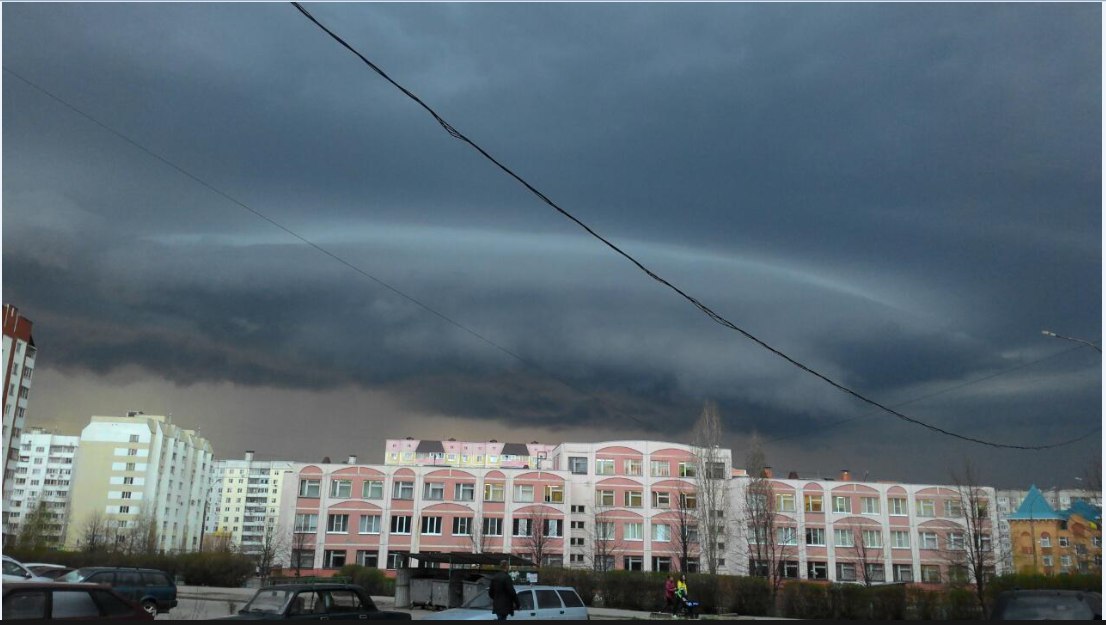 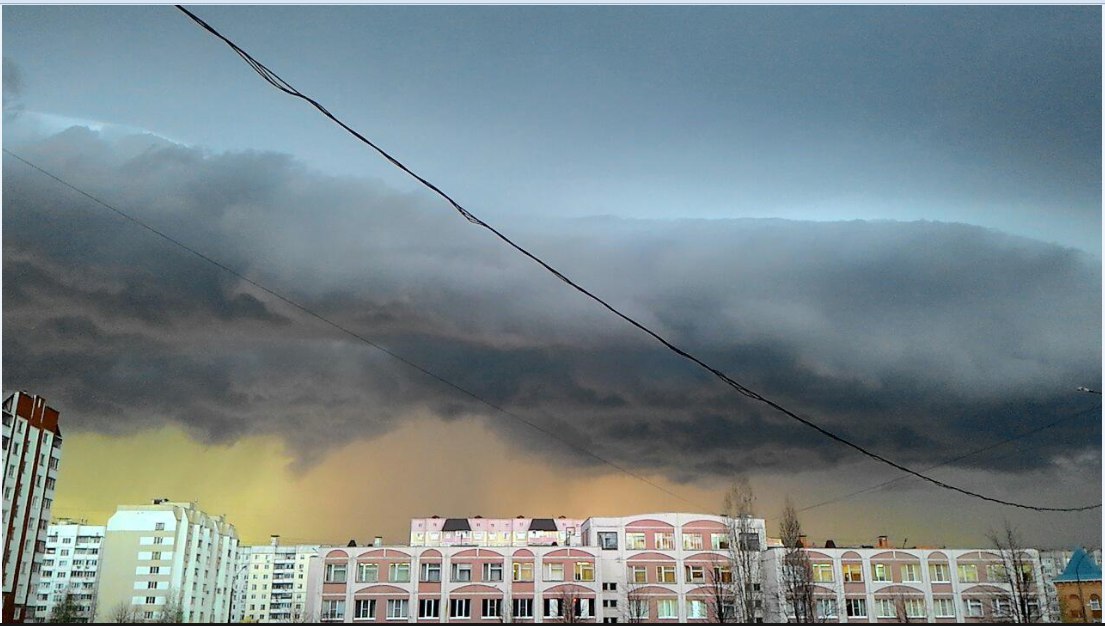 Storms possessing this structure have been observed to generate the vast majority of long-lived strong and violent (F2-F5) tornadoes, as well as downburst damage and large hail. 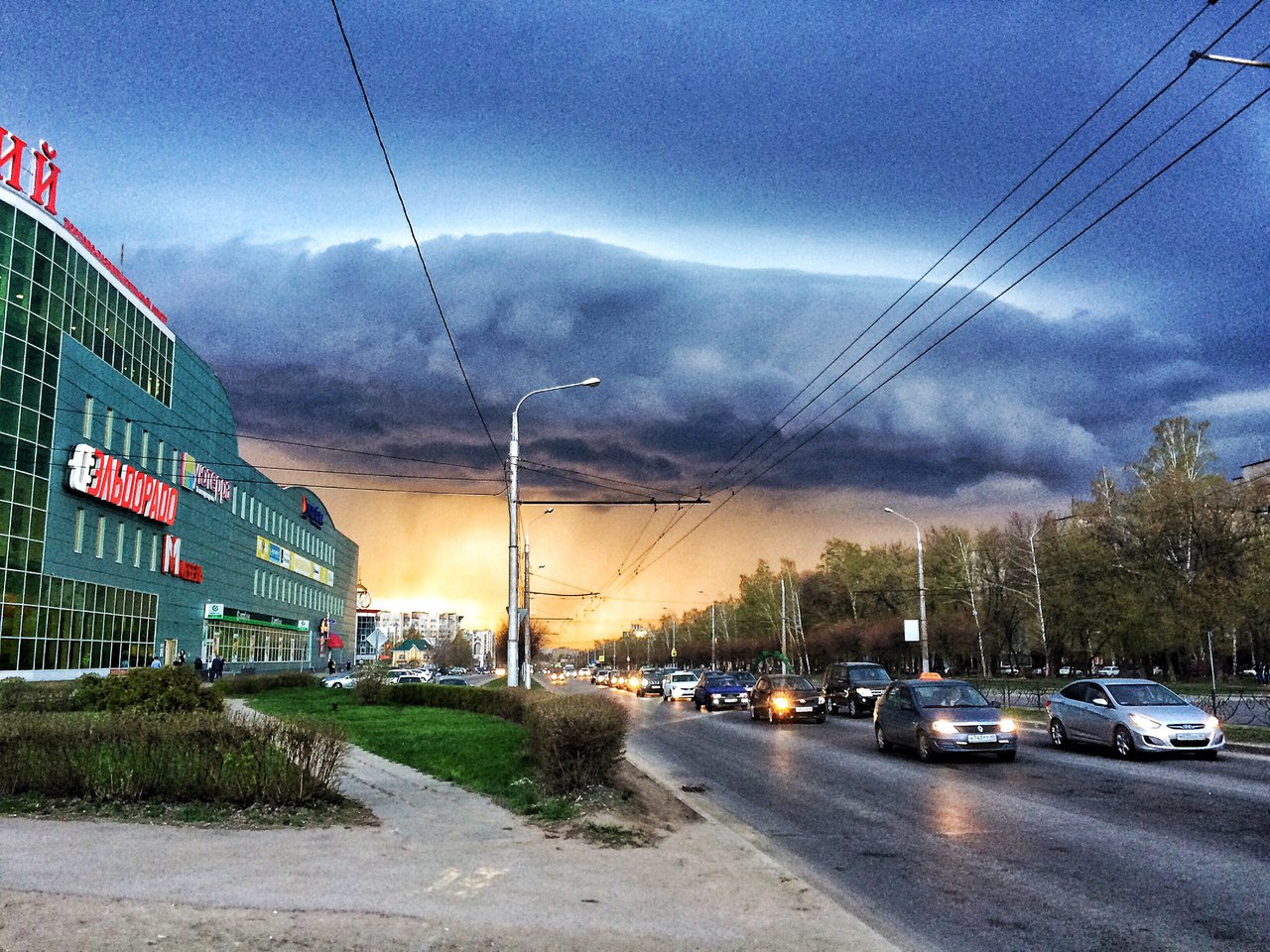 Supercell thunderstorms often form discretely, or separate from an organized line or cluster of thunderstorms. 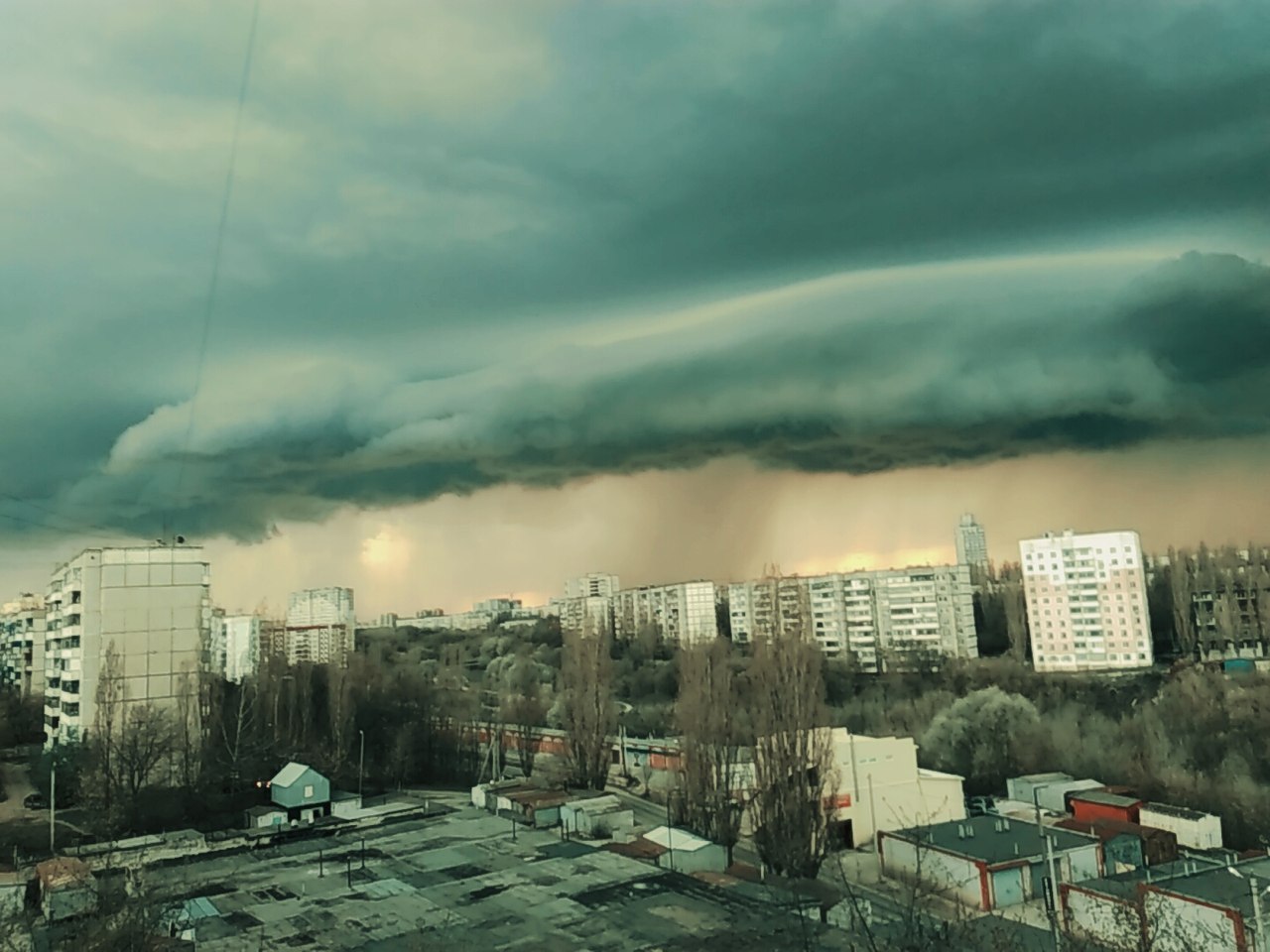 This type of thunderstorm forms in an environment with warm and humid conditions that promote rapid lifting of air. 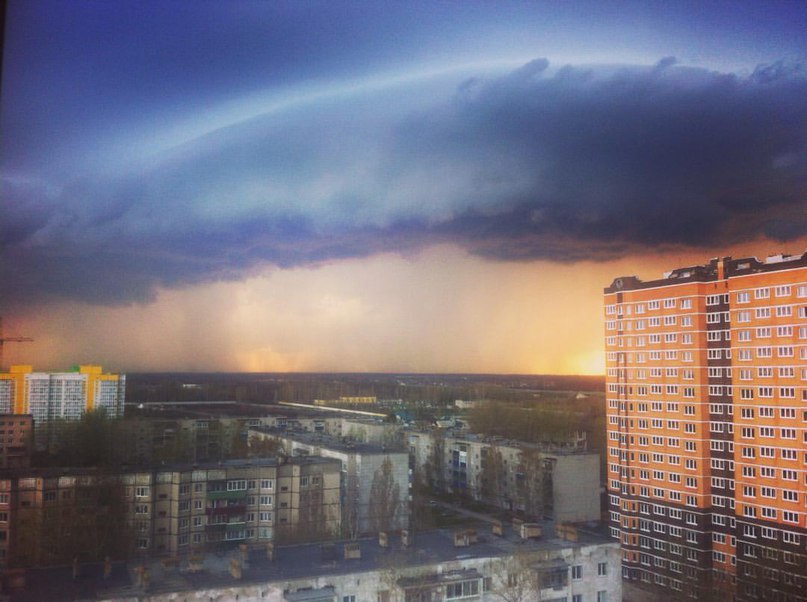 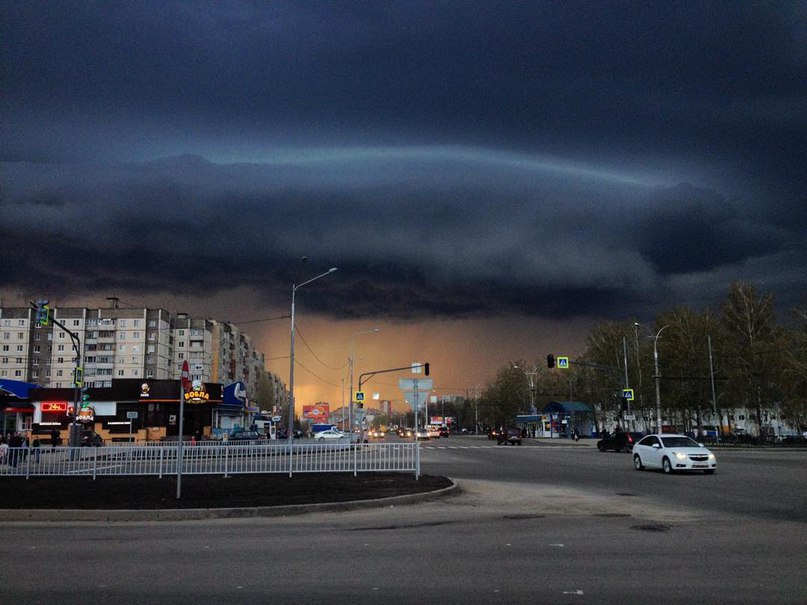 Quickly changing wind speed and/or direction with altitude helps rotation develop by adding a twisting motion to the atmosphere. 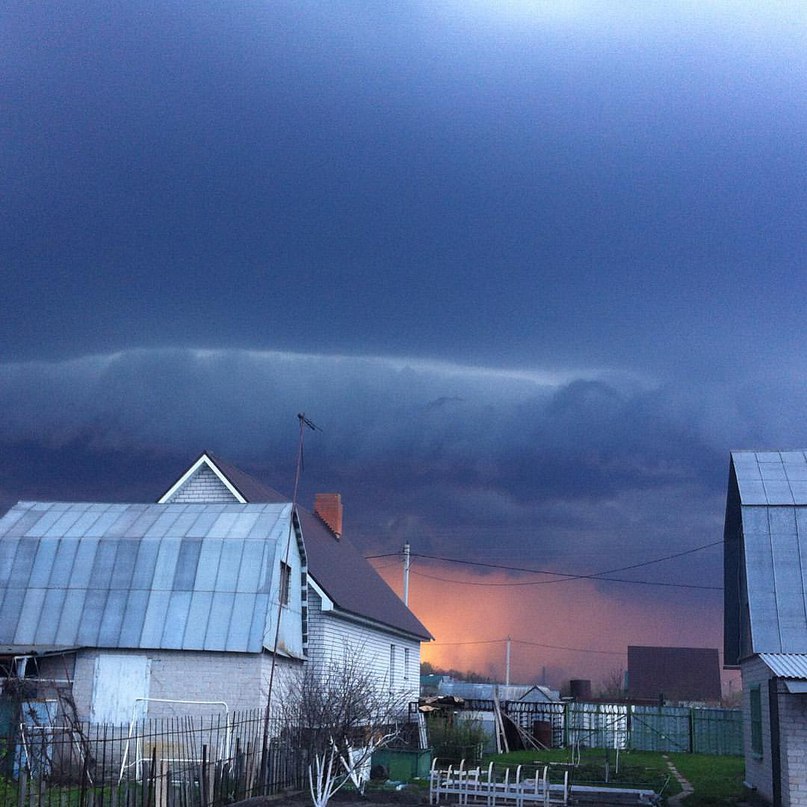 The combination of the discrete formation and strong rotation of supercell thunderstorms allows for a dramatic appearance that can be described as “mothership” clouds.