A motorway in the north of Bangkok, Thailand collapsed into a massive 13ft deep sinkhole on April 4, 2016.

The road is now closed indefinitely and inspectors have found other small cracks along the highway. 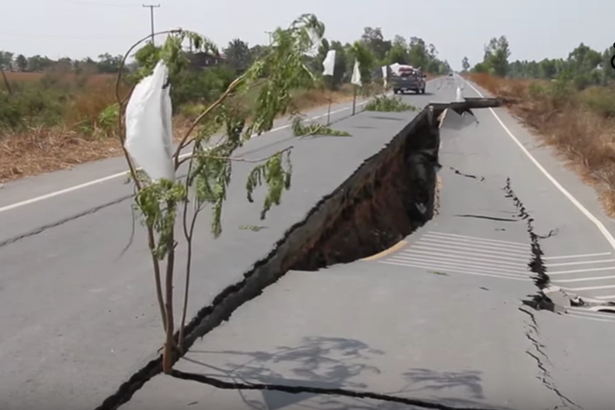 It is still unknown how the giant chiasm opened up. 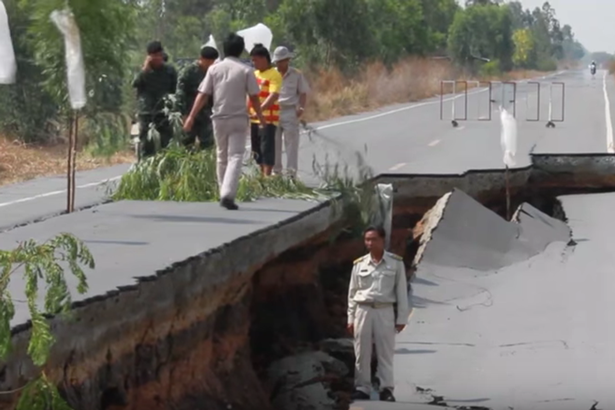 But the water level at a nearby canal has fallen significantly. This could be related to the collapse.

Another case of waterway disappearing after the formation of a large crack?