Two rare oarfish, also known as earthquake fish, were thrown out of the water after a mud volcano erupted off Taiwan on April 28, 2016.

The volcano erupted in the city of Pingtung following a 5.6-magnitude earthquake. 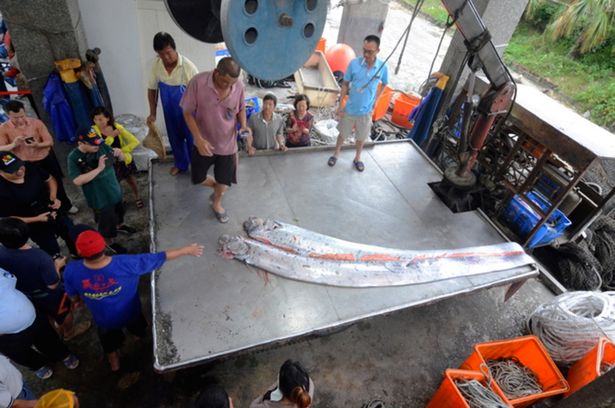 Two deep sea oarfish measuring 4.4 metres each were caught by fishermen off Taiwan.

The earthquake fish appeared at the surface of the ocean after a mud volcano started erupting following a M5.6 earthquake in the waters off Hualien County. 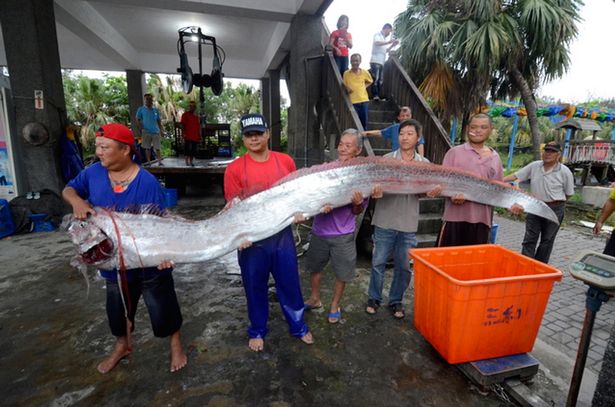 According to residents of Wandan Town, the mud volcano has four eruption mouths from which a hot slurry is ejected on the nearby fields.

Local villagers dug ditches to drain the slurry away. 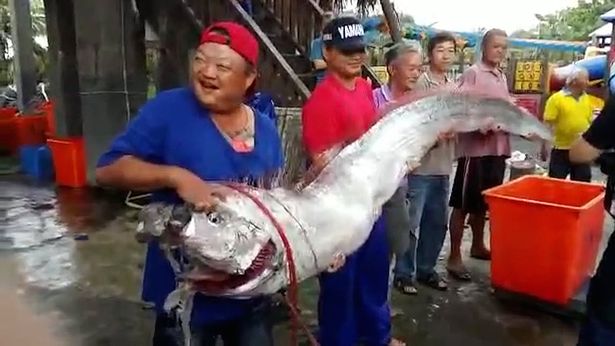 They doubt that the eruption may have a connection with the earthquake swarm that hit the eastern coast of Taiwan during the night of April 27-28.

Officials say the mud volcano eruption may last for two to three days. And it may be accompanied by some magnitude 5 earthquakes.

Another giant oarfish was caught off Taiwan on April 19, 2016 just after a moderately-strong quake.