Hundreds of thousands of dead fish appeared overnight along Grand Isle beach, Louisiana on May 24, 2016.

The mysterious mass die-off is unbelievable and has never been reported in the area. Just baffling! 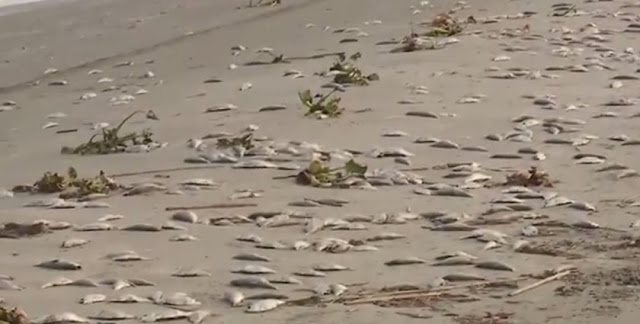 Thousands and thousands of fish cover the beach as far as one can see. And that just before the Memorial Day weekend.

Nobody has never seen, or smelled, anything like this in the area.

Officials say that a torn commercial fishing net dumped hundreds of thousands of fish into the Gulf. Their lifeless bodies washed up covering nearly four and a half miles of beach.

Residents are worried about the beach with Memorial Day weekend right around the corner. These stinky fish may become a huge issue for everybody.

The company that owns the fishing vessels has hired a contractor for the cleanup be sure that the families have a great time on the Louisiana beaches during next week-end.

But is there another origin to this die-off?