Traffic along the provincial highway to northern Xinjiang has come to a standstill for three days now after a massive snowstorm has pounded the mountainous Altay region in the autonomous region in northwest China.

The latest round of Siberian cold front has brought heavy snowfall to blanket Altay and its environs since Tuesday. Bad weather conditions have peppered up a blizzard along the Altay Mountain Range which has buried a 26-kilometer section along the provincial highway.

The Hongshanzui checkpoint on the China-Mongolia border is mired in more than two meters deep of snow. 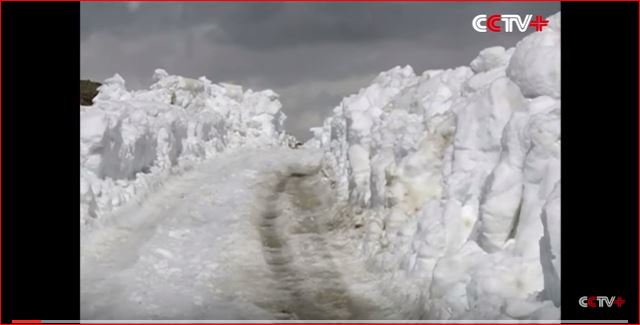 Soon after the snowstorm has come to a stop late on Thursday, local authorities have immediately sent out an emergency response squad and excavators to clear snow and ice off the affected road section. 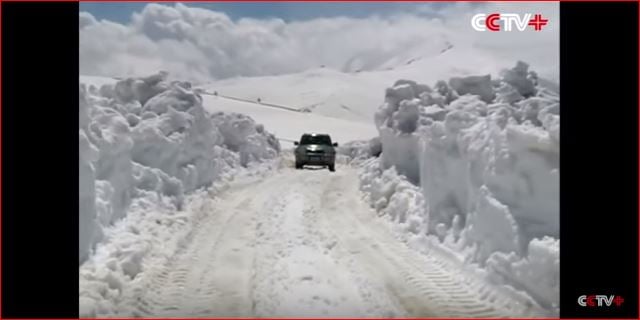 “This was quite a big snowstorm. Since assigned with the mission, we have been working nonstop for two days and two nights, and will clear the road in the shortest time possible,” says one staff on the squad.

Hongshanzui is the entry and exit for inbound and outbound visitors across the border. It is scheduled to re-open on June 3 after being closed down for the entire winter season. 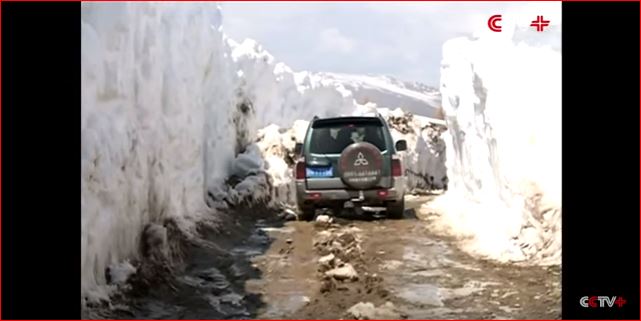 “We’ve got to make it through to the checkpoint by June 3. Before that, we have to ensure that all snow is cleared for a smooth road surface. We will also have a thorough check along the entire road and make sure that all travelers and drivers are able to pass safely,” says Halsha, party secretary of the Altay Road Administration Sub-Bureau.

By Friday, staff members on the emergency response squad are still clearing the last nine kilometers of the snow-covered road leading up to the checkpoint.