Within the last 24 hours, increased volcanic activity has been reported in Mexico and Guatemala.

The Popocatepetl volcano, the Colima volcano and the Santa Maria volcano have explosed almost simultaneously.

As shown by the following video from WebCamsdeMexico, the Colima volcano erupted strongly on June 28, 2016 at 7:31 am:

Eruption of Popocatepetl volcano on June 28, 2016 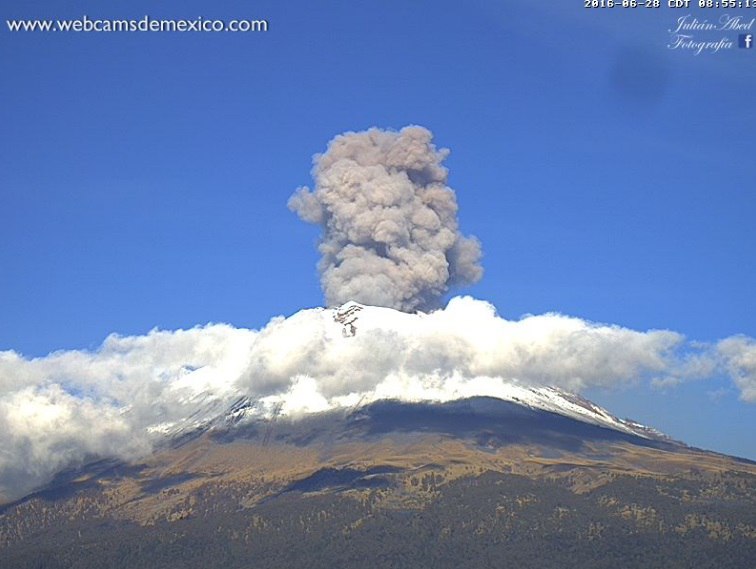 During the night, glow sources within the crater were observed and the volcano expels continuously a steam and gas emission moving towards northeast. 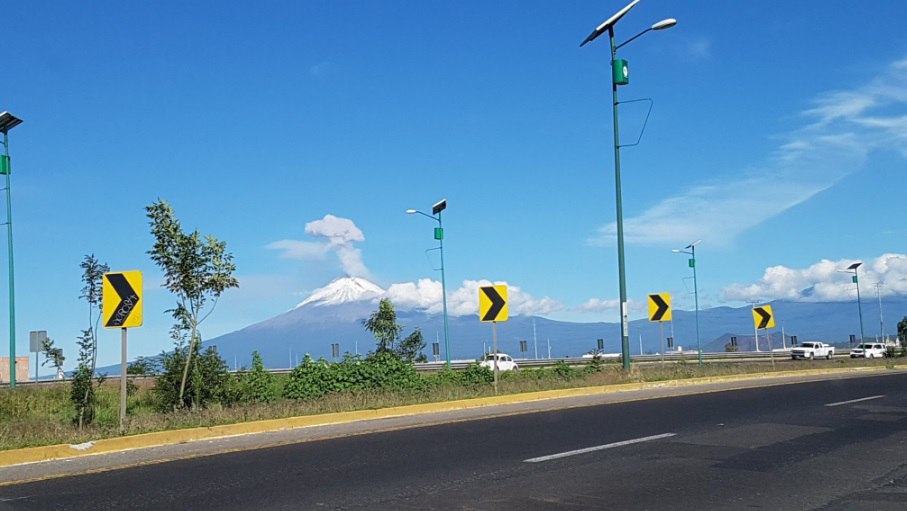 CENAPRED emphasizes that people SHOULD NOT go near the volcano, especially near the crater, due to the hazard caused by ballistic fragments.

Look a tortoise is coming out of the volcano mouth:

Do you see the elephant in the next picture?

And now a dinosaur! Awesome!

As shown in the next video, lahars have also been filmed going down the slope of the Santiaguito volcano on June 24, 2016:

Could the Popocatepetl volcanic explosion be linked to the M5.7 earthquake that struck southern Mexico on June 27, 2016?

A strong earthquake struck in southern Mexico on Monday afternoon, which was felt in five states. Tall buildings swayed in Mexico City 215 miles (350 kilometers) from the quake’s epicenter. No injured or significant damage have been reported.

One day after, the Popocatepetl volcano exploded three times. The volcano is situated in the area were tremors have been felt and thus the eruption could have been triggered by the strong quake.

However, it is still unknown if earthquakes can produce volcano eruptions. Scientists are still debating the topic.