In the last few days, a man and two women were swallowed by different sinkholes in the US.

The incidents occurred in Wilkes-Barre and Allentown, Pennsylvania as well as a gaping sinkhole in Detroit. 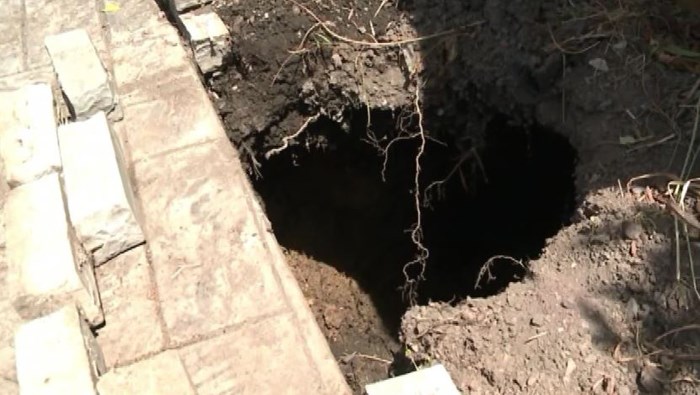 Woman almost swallowed by a sinkhole in her yard.

A Pennsylvania woman was gardening in her backyard when a sinkhole appeared under her feet. The pitchfork, she was working with, fell right into the hole. She was hanging by her armpits only.

State inspectors are trying to figure out what caused the deep crater that and how they can stabilize the area.

A man stepped into a sinkhole in Allentown, Pennsylvania on June 22, 2016. His foot broke through and became stuck in the hole. A video here.

A woman fell in a huge sinkhole that opened up over last weekend on Detroit’s wet side.

She was walking around her car when she fell in the deep but narrow hole.