In the last few days, giant holes have started opening up around the world swallowing up people and cars.

Here a compilation of huge sinkholes from the US, in the Philippines, Australia and China. Scary! 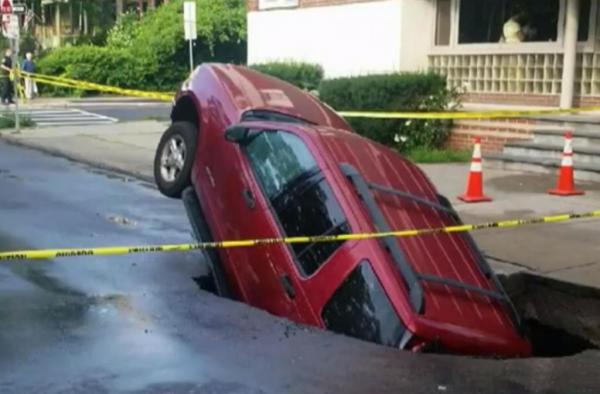 A car in Albany, N.Y., was swallowed by a large sinkhole that formed as a result of heavy rains and a water main break. The large water main break swallowed the jeep and left it resting on top of a main gas line. 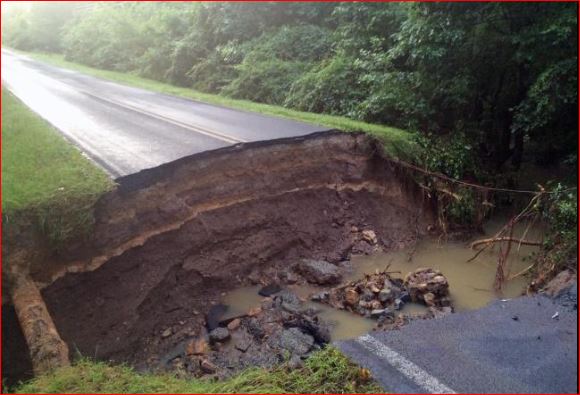 A Durham man and father of three said he thought he was going to die when he mistakenly drove into a massive weather-related sinkhole on Glenn Road in Durham on Sunday night.

Sinkhole with swirling water appears in backyard of house in Australia

A sinkhole filled with water appeared in the backyard of a house in Australia on Tuesday. House owners Lynn and Ray McKay woke up to find the small hole after being informed by a neighbour of its existence in the Queensland state town of Ipswich. The sinkhole with swirling water got wider gradually, swallowing part of the yard, and increasing to about eight metres (26.2 feet). An old mine shaft could have been the cause of the sinkhole. 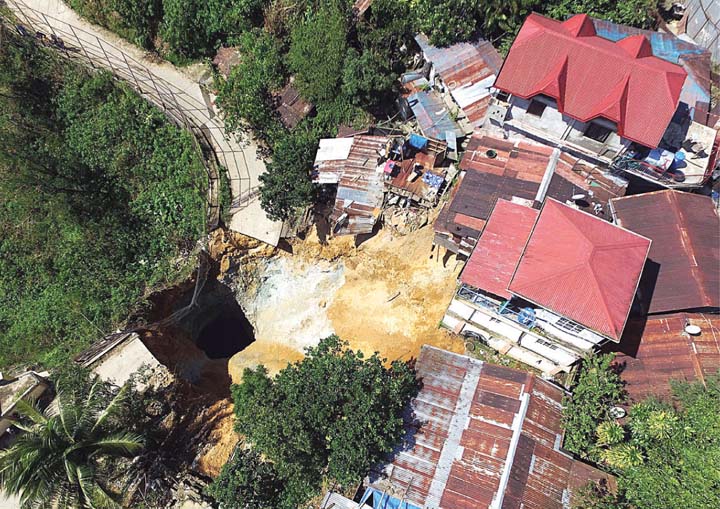 The Department of Environment and Natural Resources’ Mines and Geosciences Bureau (MGB) has launched a probe into the emergence of a suspected sinkhole in a village in Polomolok town in South Cotabato. A team from the MGB conducted an inspection at the site Monday to determine the status and the possible cause of the land subsidence, which initially emerged on Thursday last week. 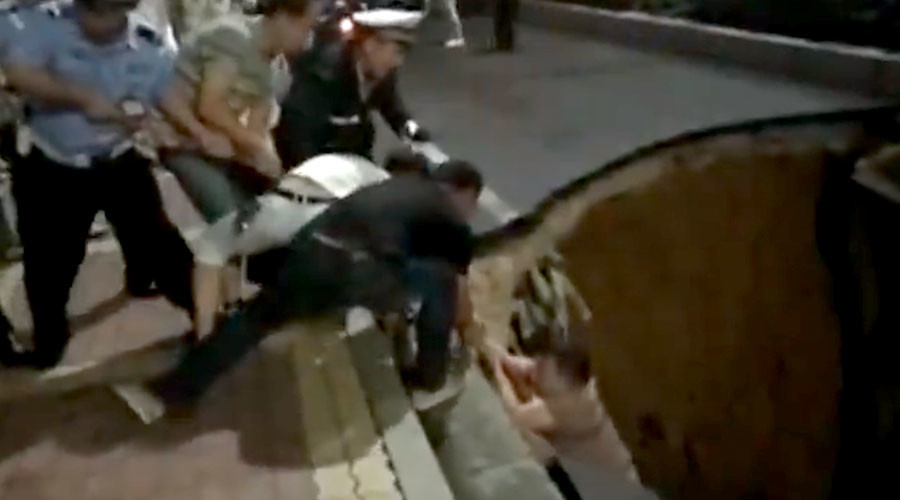 What started out as a crack in the road following heavy rain on Monday night, opened up into a small hole shortly after, before swallowing up a grass verge beside it and then pulling in some of the surrounding pavements. Four pedestrians standing aside were suddenly dragged in, along with three vehicles.

Did I miss one in your area?