After a small Christmas break, volcanoes are rumbling again around the world.

On December 27, 2016, the Aviation Color Code and the Alert Level at Bogoslof Volcano were raised to RED and WARNING, respectively, while the Colima volcano ejected ash at least six times.

An ash-producing eruption started at 14:05 AKST (23:05 UTC) on December 27, 2016 and is continuing as recorded by seismic data on nearby islands, by lightning, and as seen in recent satellite images.

Satellite images suggest that two explosions occurred within one hour. The first eruption sent a plume of ash at about 10,000 meters (30,000 ft asl) in the air. The second wasn’t so powerful. Regional winds are from the west-southwest.

AVO reports: We are raising the Aviation Color Code to RED and the Alert Level to WARNING.

In Mexico, the Colima volcano has experienced several explosions on December 27, 2016. 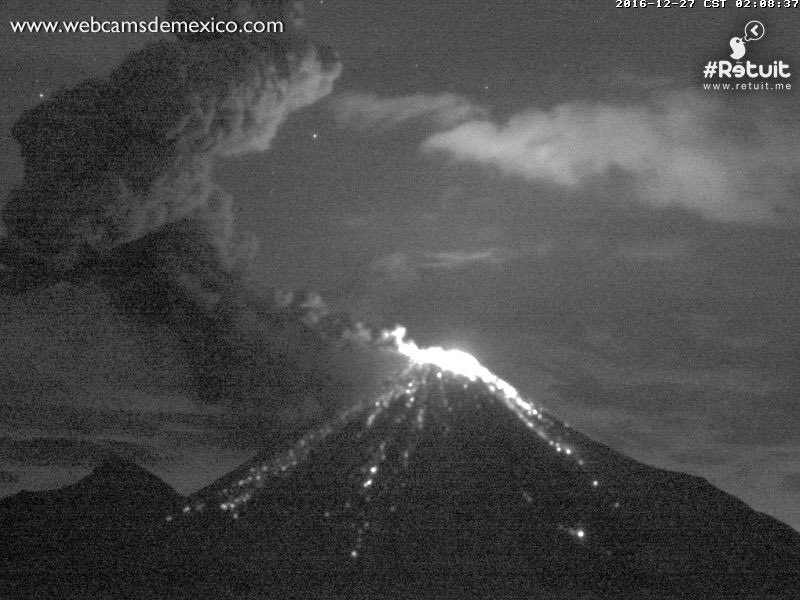 The Sabancaya volcano, in the Arequipa region of Peru, also made a comeback overnight sending ash and smoke as far as 3,500 metres into the sky, affecting the neighbouring areas of Cabanaconde, Tapay, Lari, Madrigal, Pinchollo, Maca and parts of Achoma.

An earlier explosion was registered last Friday when Sabancaya sent a plume of smoke 2,500 meters into the sky.