A giant earth crack has been spotted in Northern Cape along the R31 between Daniëlskuil and Kuruman in South Africa.

The road has been closed down. According to residents, the fissure is getting worse and expanding every single minutes!

Officials call this a sinkhole. I describe it as a massive fissure in the ground!

Look at this, it is several 100 meters long! 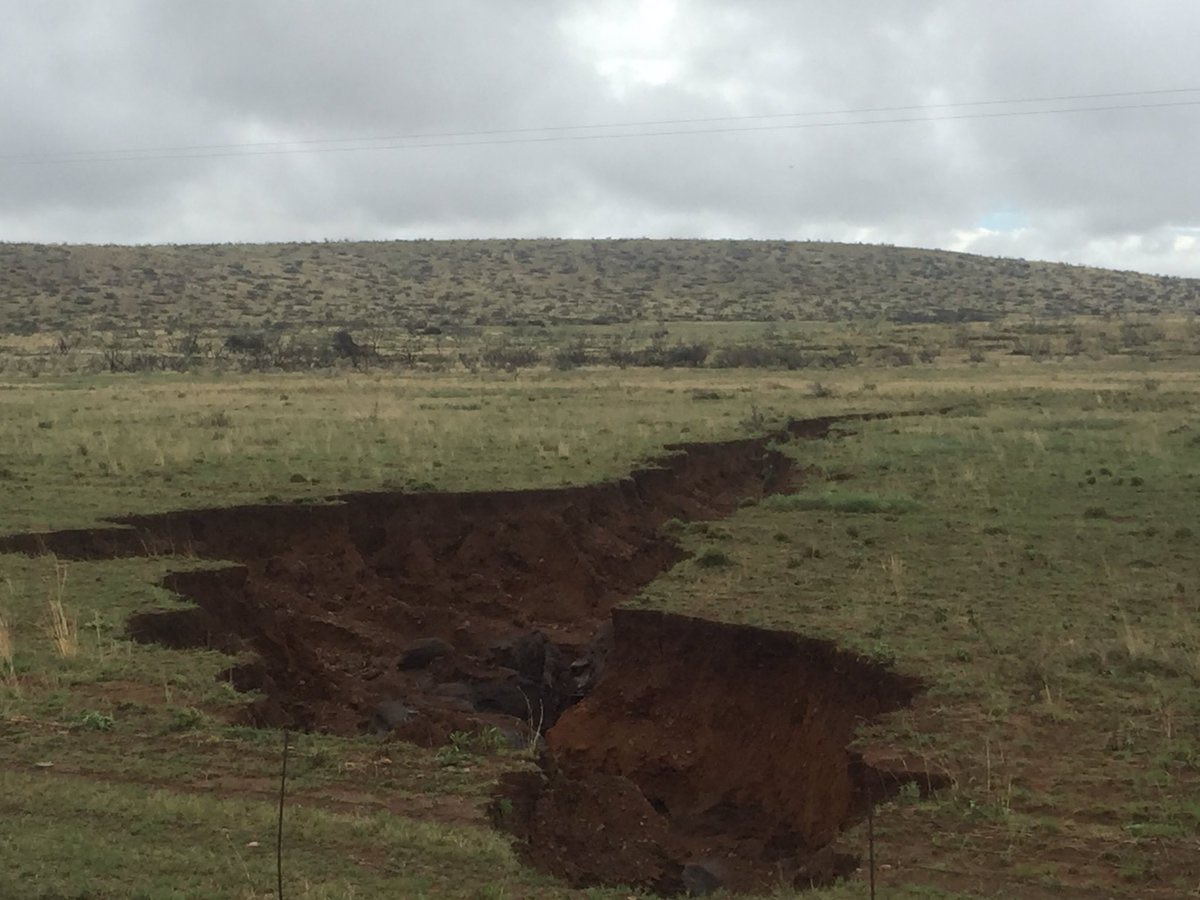 A huge earth crack in South Africa is swallowing parts of a farm and soon a road in Northern Cape. Picture via TwitterThe huge fissure is on what appears to be a farm and near the road.

The road between Kuruman and Danielskuil has been closed due to the sinkhole.

Somebody writes on Twitter: ‘Help us people who have knowledge between Kuruman and Danielskuil this Sinkhole it’s getting worse maybe it’s Tsunami please help!!!‘

The earth is rumbling, exploding and sometimes swallowing up huge chunk of land!